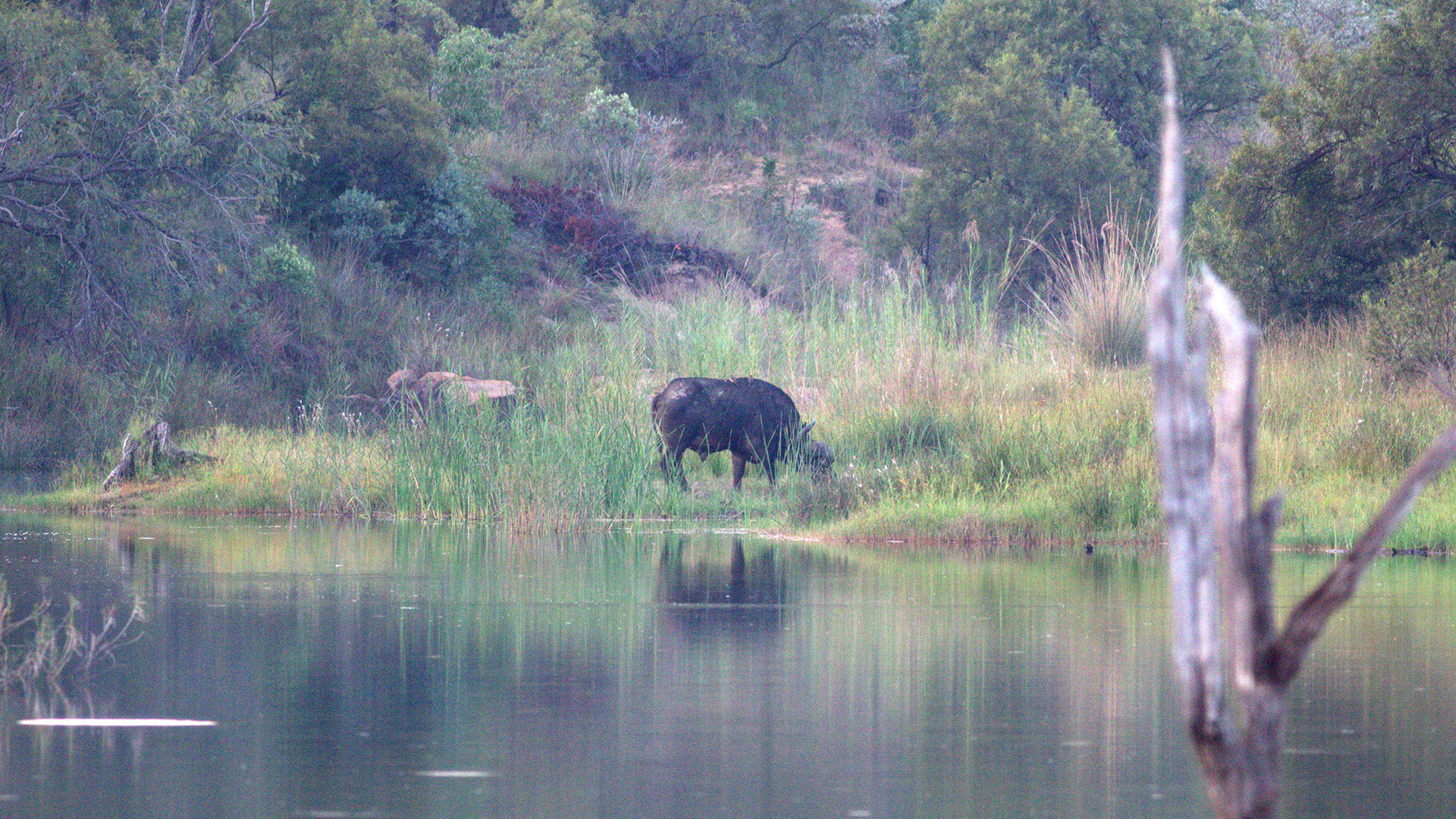 Educate, inform, and entertain. Interesting facts about some of our resident species.

We at Mabula Game Lodge pride ourselves in the fact that the guest experience extends beyond the recognized iconic species and includes those that are lesser-known but regularly seen by visitors and field guides.

Invariably the first animals seen at any game lodge are Impala. You often find them eating along the road from the main gate to our lodge buildings. As they are so plentiful they are often ignored after the first couple of sightings. These facts might make you change your perception about them when you next encounter a herd…or two. Impala are unique as they the only member of the genus Aepyceros! Did you know that they can leap 3m in the air and cover a distance of 10m in a single bound? Handy when it comes to escaping predators, much like its ability to zigzag rather than run in a straight line when chased. Unpredictability is what allows impala the evade capture while being pursued. 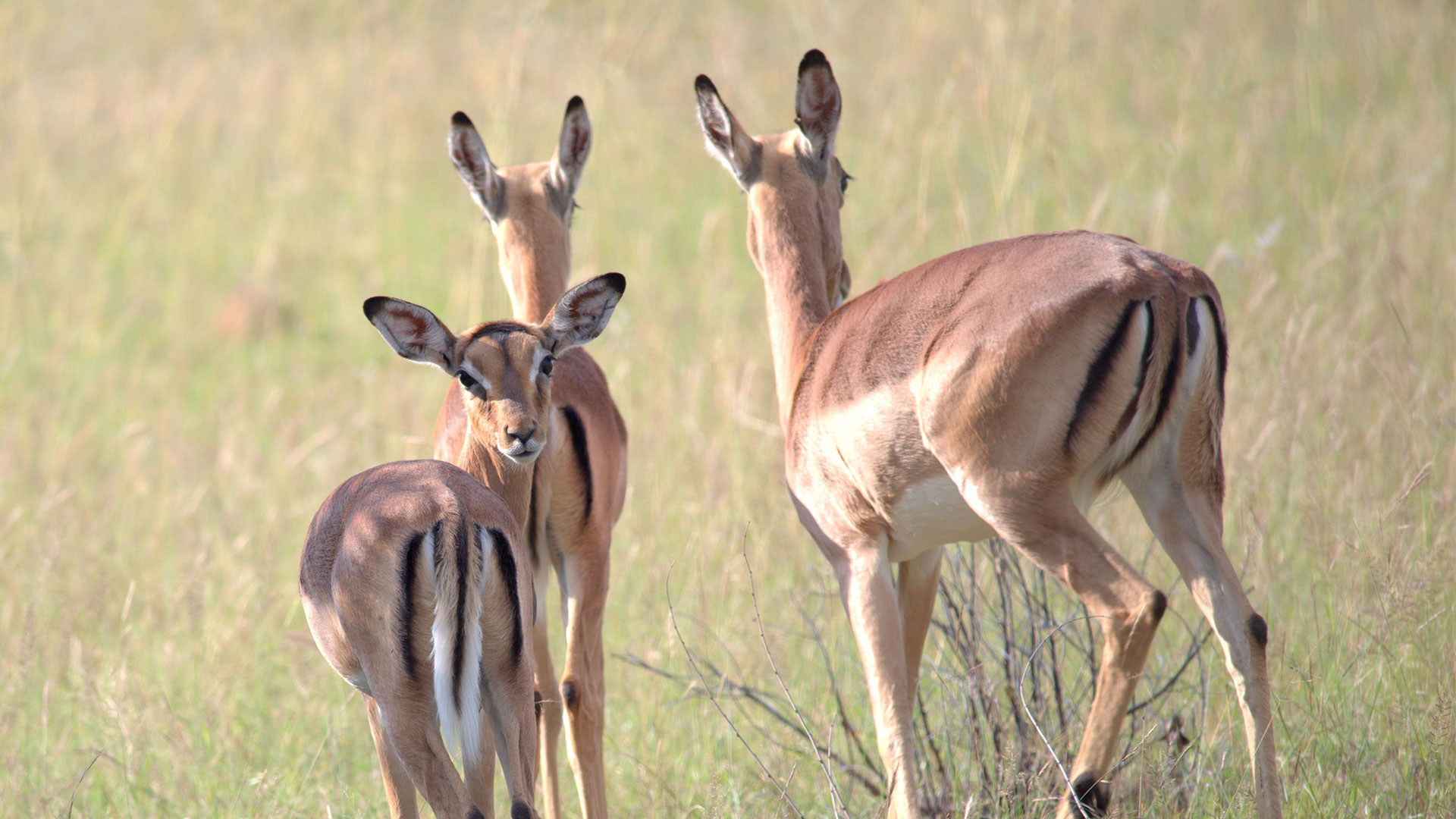 World Elephant Day falls in August, and we here at Mabula Game Lodge would like to honour and acknowledge these iconic giants. Elephants are sensitive to music and colour. What sort of genre they prefer has not been scientifically ascertained, however, classical seems to be a favourite. The ears of the African elephant resemble a map of our continent and the vast surface area is used to keep the animal cool. The most noticed feature is the trunk which can weigh up to 130kg and can lift over 200kg. It can tear down branches or pick a single leaf due to its sensitivity and dexterity.

The trunk, with 40000 muscles is a combination of the nose and upper lip, with the nostrils at the tip. In comparison, humans only have a total of 600 muscles in our bodies Legend has it that elephants never forget, and although that fact has to be conclusively proven, there is enough anecdotal evidence to support the fact that breeding herds learn migratory patterns and water sources from the matriarch and those facts can be memorized for decades. 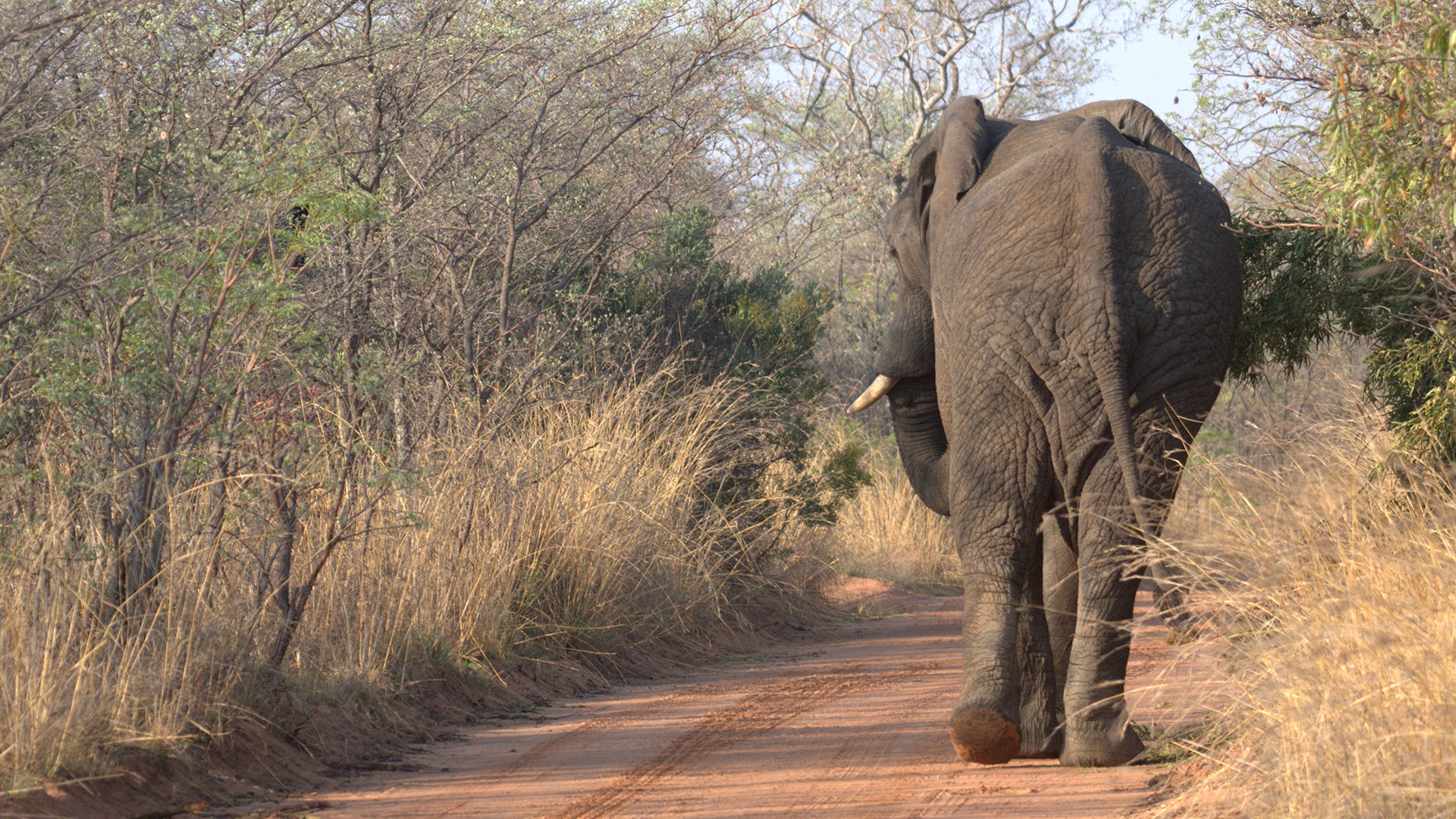 One of the most easily recognizable bird species is the Fork-tailed Drongo, a small bird with the attitude of a raptor and the ability to mimic both birds and animals that could be turned into a stage act. They will fearlessly mob and attack larger birds if they feel that they or their young are being threatened. Their most interesting trait comes from the fact that they can mimic the alarm calls of small mammals like Dwarf Mongoose, and in doing so can steal food with having to resort to aggressive tactics. A Drongo will sit and watch foraging mongoose until one catches something at which point the Drongo will screech the mongoose alarm call…scattering the clan who invariably leave their food behind for the bird to enjoy. Not always calculating thieves, they have been known to follow predators, making alarm calls to warn prey species of their presence

Crocodiles, as a species, have been around for millions of years and have evolved very little over time. These fearsome creatures hunt in exactly the same manner as when they first arrived on the planet. But were you aware…Their bite force is 8 times more powerful than that of a Great White Shark and although the large muscles that close the jaw are extremely powerful, those that open it are small and weak. Female crocodiles make good mothers and will defend both eggs and hatchlings from predators. The sex of hatchlings is determined by the temperature in the nest. 30ºC or less will produce predominantly female offspring; at 31ºC the hatchlings will be mixed and at 32ºC, they will be mostly male. Crocodiles are very vocal for a reptile and these calls range from the deep, vibrating bellow of courting males to the ‘peeping’ of babies inside the egg. This ‘peeping’ encourages the female to excavate the nest to release the offspring. Crocodiles often swallow stones, known as gastroliths for ballast. Much like the weight belt on a scuba diver, it helps them to balance their body while underwater. 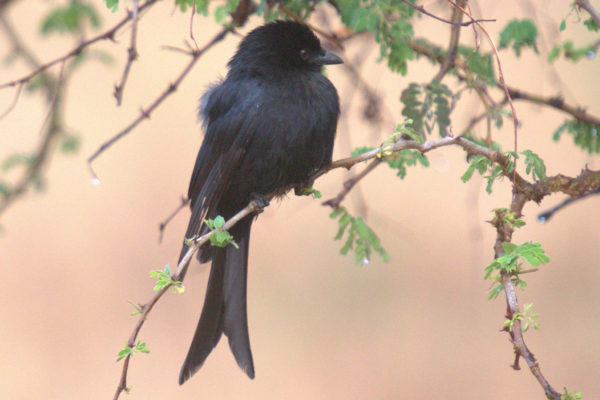 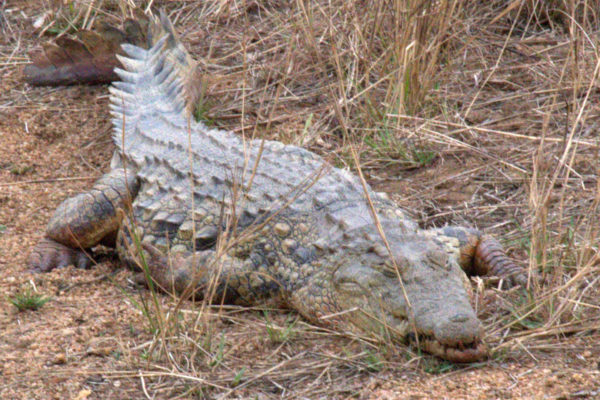 Although baboons are the source of much entertainment for our guests, they can be ferocious and can attack and bite without being provoked. The canine teeth of an adult male baboon are larger than that of a leopard and in altercations; baboons have been known to inflict wounds that will cause a predator to flee. Like humans, baboons can be manipulative, relying on subtle social skills to elevate their status within the troop. Lower-ranked males will often take on childminding duties to gain favour with the females, thus getting an opportunity to elevate their status within the troop. They have a vast range of both vocal and non-vocal gestures which are used to communicate efficiently. Baboons will eat almost anything including animals like hares and newborn antelope. 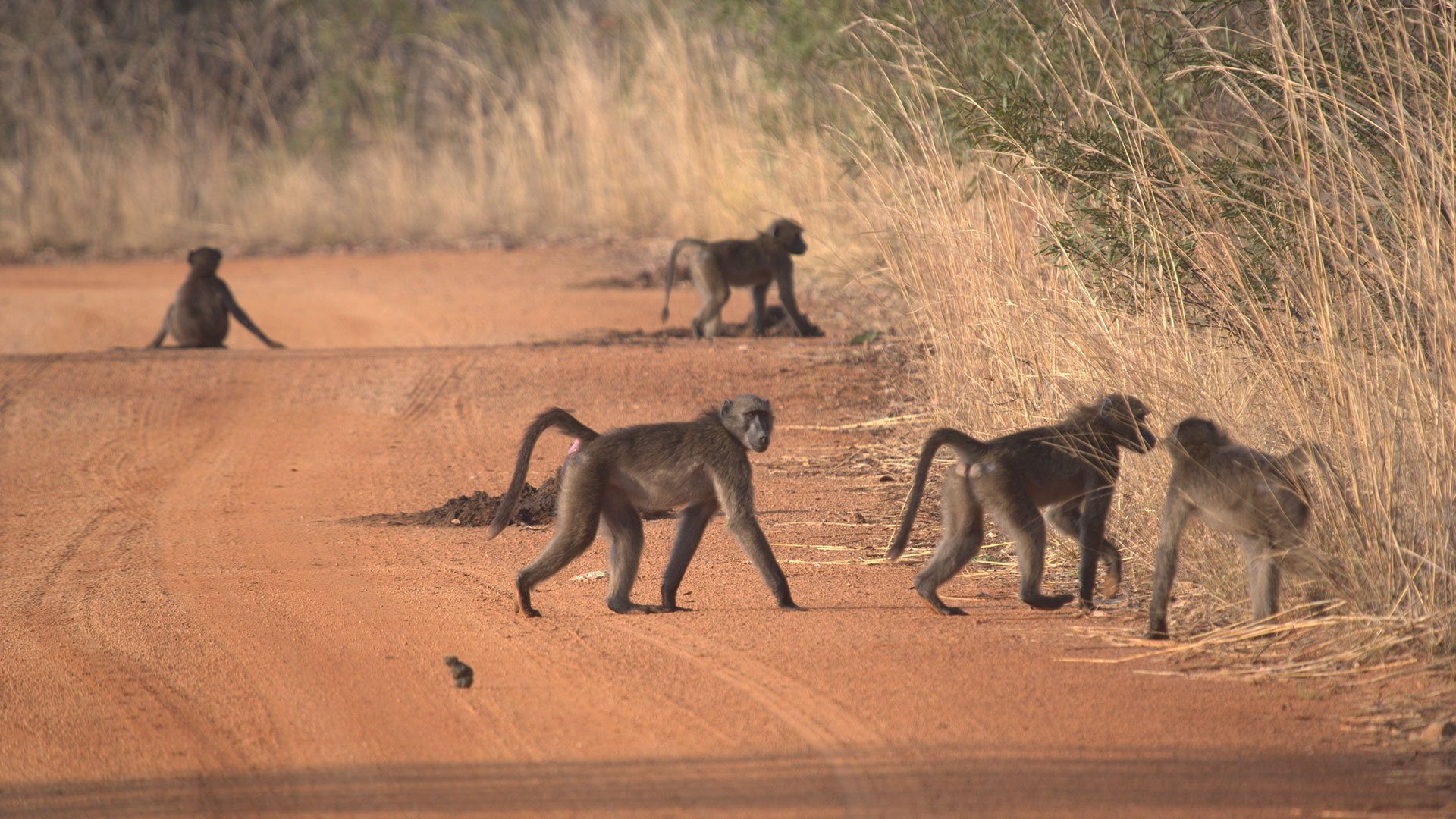 A favourite amongst our visitors is the Agamas that can be found scuttling up and down the trees around the lodge buildings. What makes them so special? Firstly their colour…the males will enhance their colours during the breeding season to attract females, as it is the most colourful males that get to mate. Male dominance in the group is determined through fighting which often includes the tail being used to lash out. The jaws are extremely powerful and older males often bear testament to that with wounds on their tails.

The brilliantly coloured Lilac Breasted Roller is the National Bird of both Botswana and Kenya. Certain African cultures recognize it as a bird of the sun and it helps maintain harmony between communities. In Zulu tradition, a couple who is about to be married has to tied together with the feathers of a lilac-breasted roller, while the Voortrekkers used the feathers in wedding dresses. 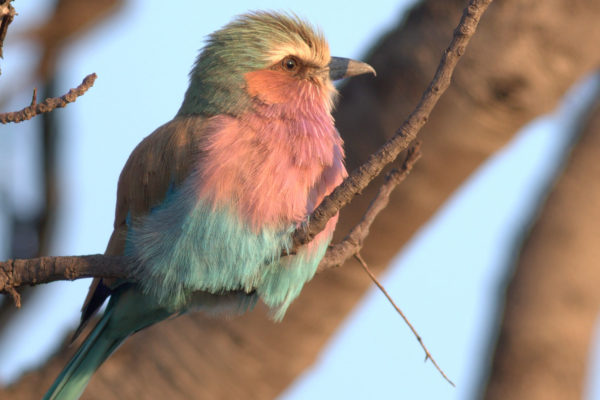 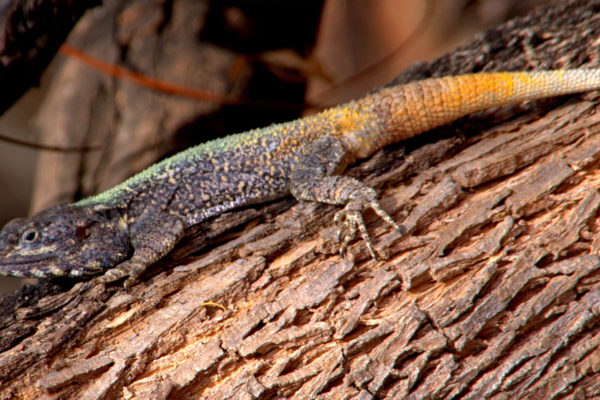 We at Mabula Game Lodge have a pod of hippo that can often be seen in the dam where our guides regularly stop for sundowners. Did you know that prehistoric hippo remains have been found under Trafalgar Square in England? Hippos cannot swim; they sink to the bottom of lakes and rivers and then run in bounding strides.

Of the 10 Kingfisher species found in South Africa, the Pied Kingfisher is the only one that has black and white plumage, making it easy to spot. It is also the largest of the hovering birds,  (those able to remain motionless in one place while flying. And speaking of flying, this Kingfisher has been clocked at up to 50 km/h. 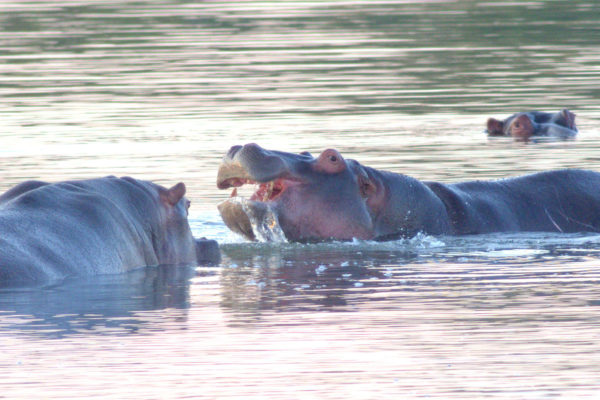 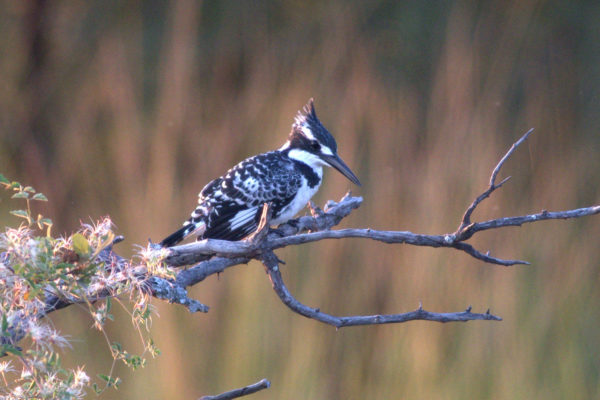 With a face that only a mother could love, this rather peculiar animal is, aside from the Big 5, one of the most recognized of the African antelope species. Mainly due to the migration that seems to be on the bucket list of many wildlife enthusiasts. Here at Mabula, we might not have vast numbers roaming our plains; those that we do have tend to keep our guests entertained. When young, they are the epitome of cute…and then they grow up. Many say that wildebeest are animals designed by a committee. They have the horns of a buffalo, stripes of a zebra, a back that slopes like that of a hyena, tail of a horse, and brain of a guinea fowl

During the mating season, Scrub hare males will surround a female in hopes of mating. To be successful, males will engage in MMA matches that will involve ‘boxing’ with their forefeet as well as kicking with their hind legs. With fierce completion amongst the males, the females have to be wary of not getting injured during the matches. Scrub hares are solitary and will only become ‘social’ for mating purposes. During the day they can sometimes be spotted with their ears laid back, lying in a small indentation in the ground. As long as they stay stationary, predators often do not see them due to their colouration that blends into the groundcover.

And last but by no means least a rather chunky bird called the Hamerkop. Their name derives from the Afrikaans word meaning ‘hammer head’, given the fact that the crest on the back of their head and its hooked bill give it the outline of a hammer. These hardy birds can live up to 20 years in the wild. Hamerkop hunts and eats fish, insects, worms, shrimps, rodents, tadpoles, and frogs. A breeding pair will build an enormous nest, usually on the bank of a river that can take anything from1-6 months to construct. Build from woody material together with grass and reeds, they can weigh up to 50kg and can support the weight of an adult human. It is often other bird species that are the biggest problem for the Hamerkop as they vie with the incumbent home-owners for space. Owls, geese, and even certain raptors have been known to try and take up squatter’s rights in one of these well-constructed nests. 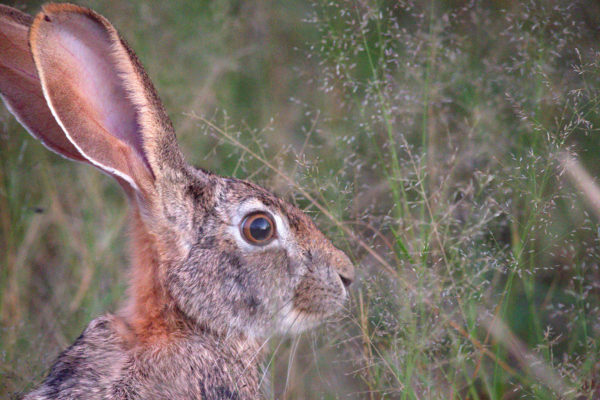 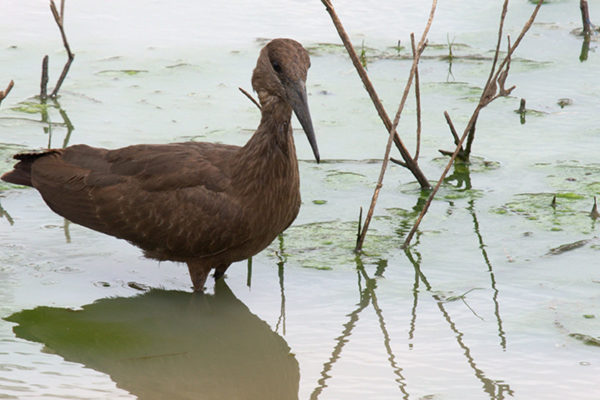 It is not always about the iconic Big 5 or only for that matter about the more popular animals like zebra and giraffe. Take a moment and revel in the totality of your Mabula Game Reserve wildlife experience.