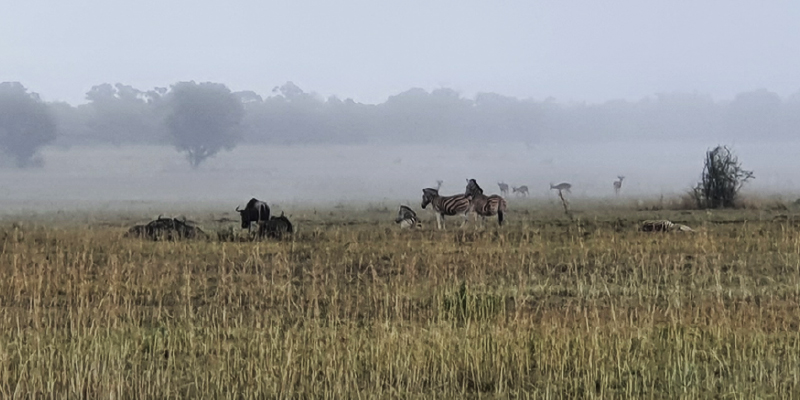 The mornings are starting with a mist covering the whole reserve until around 10am, a reminder to take out those winter jackets.  Mist is caused as the sun rises and the air and ground warm up. This leads to the air temperature being warmer than the dew point temperature, which causes the fog droplets to evaporate. As the air cools during the longer night the relative humidity increases, which can result into a fog formation. If even though it was cold for us, for the lions it was a perfect opportunity for hunting which led them to a successful hunt in the early morning. 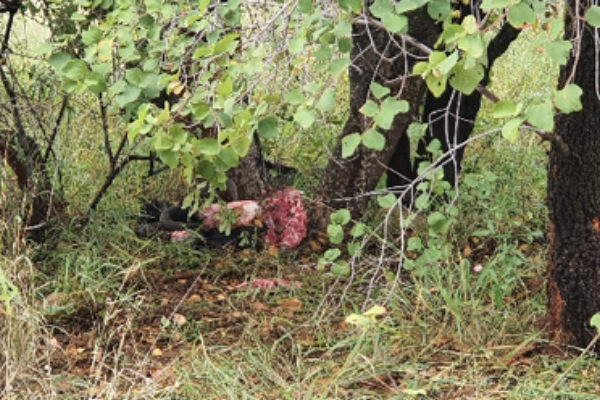 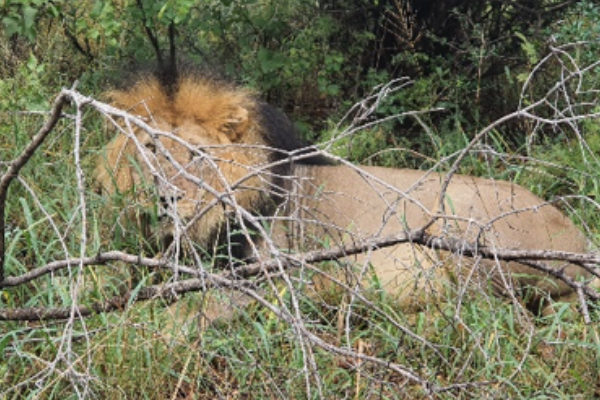 The kill happened in the early hours on the western part of the reserve where we have high populations of wildebeest. On arrival there was not much left of the carcass while a few members of the pride were laying on grass and, luckily managed to picture the large male with a full belly. The lions were not the only active animals that morning, black-backed jackals were hanging around the corner for an opportunity to grab any remainder from the carcass. The lions, however, did not allow them to be successful. 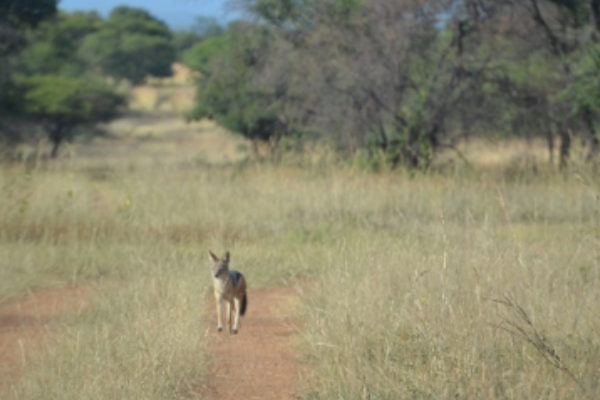 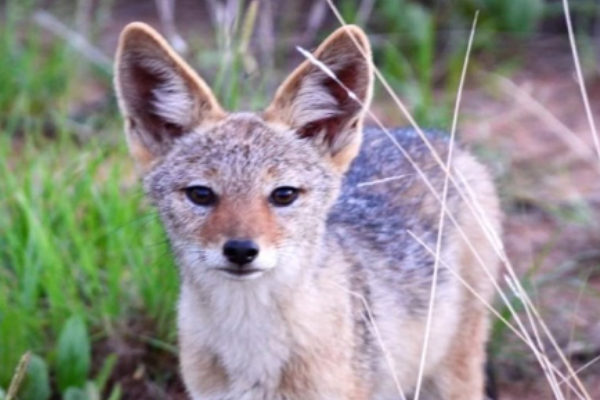 The black-backed jackal is omnivorous, eating almost anything that is available. It usually forages alone or in pairs. The hunting methods are varied; it will normally pounce on insects, lizards and rodents, and will pursue and subdue large prey. I had an opportunity to pass by the secretary bird couple nest and they were hard at work as usual building their nest. The secretary bird’s (Sagittarius serpentarius) common name is thought to derive from the crest of feathers. These quill-like feathers give the appearance of a secretary with quill pens tucked behind his/her ears. 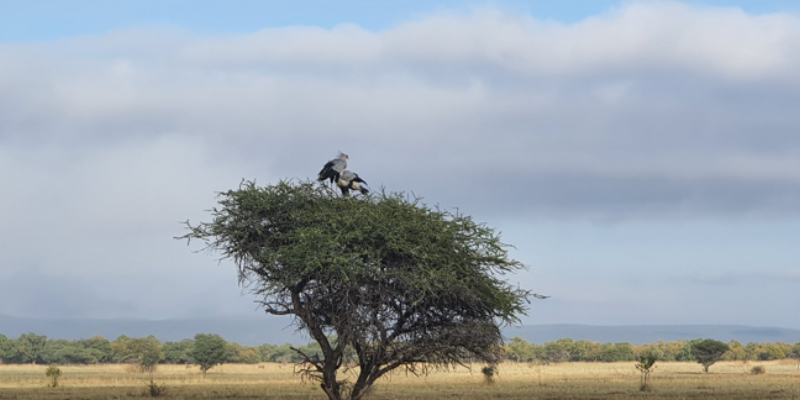 The rutting season started and the impala males were quite busy sizing each other up. At this stage, we have not seen a lot of full-blown fights yet. I think that the males will really start battling it later in May, when the rutting season is in full swing. 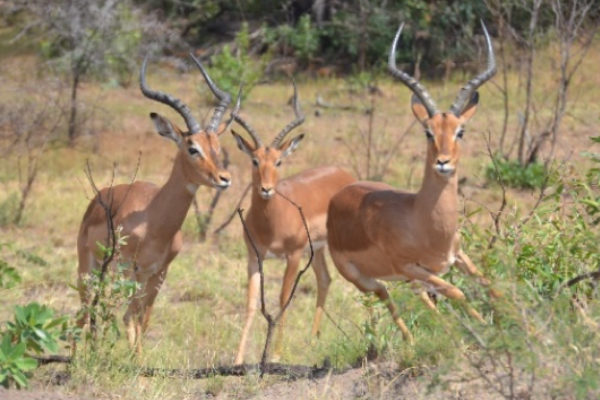 This is where we see the adult male impalas being completely intolerant of one another, especially in the presence of females in oestrus. Testosterone levels begin to skyrocket as the adult male impalas (rams) start leaving their bachelor herds in order to establish their own territories. This often leads to some rather serious fights between rams. We have also seen change on lion’s dynamic, our subadult male has been kicked out of the pride and started walking by himself, hunting on his own. It is normal for the young male to be kicked out of the pride at the age of two years. 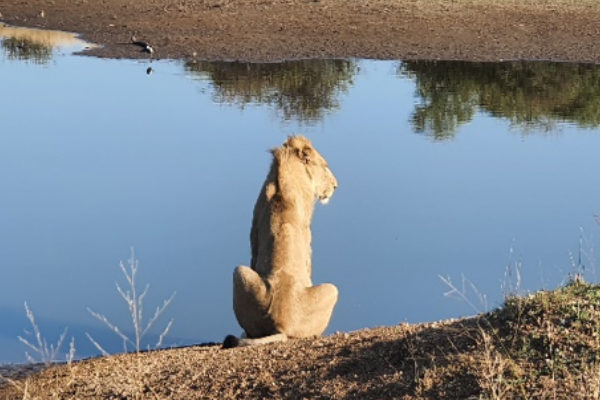 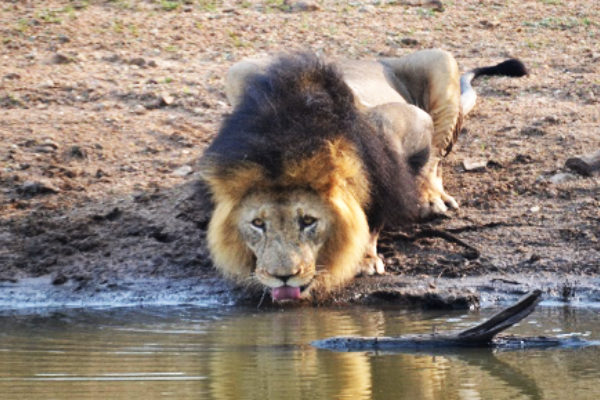 The two males have been chasing each other, with the adult male winning the battle in the end, the females also joined in to assist the adult male chase the young male away. Mabula is known to be very busy with safaris everyday throughout the year. With the reserve being so quiet of lately due to lockdown, we are now seeing crocodiles taking a stroll on the safari vehicles roads. 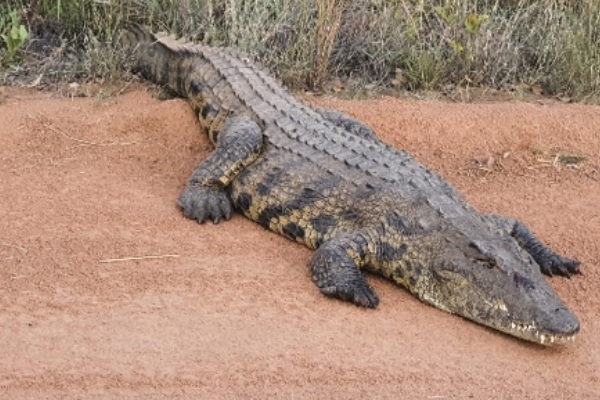 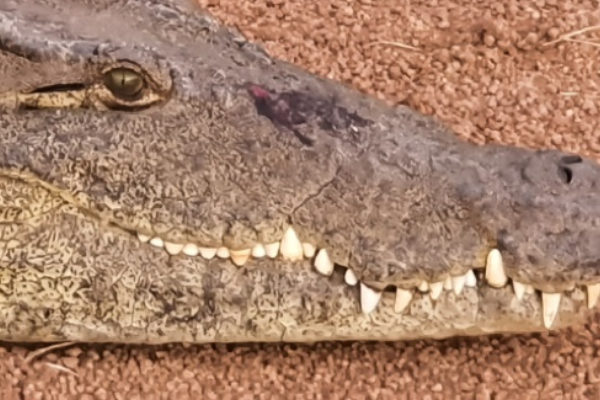 A clear sign that they are indeed missing our guests and they can’t wait for you to return and view them again. On safari, giraffes are highly sought after and it does not surprise me how excited people are to see these magnificent creatures. 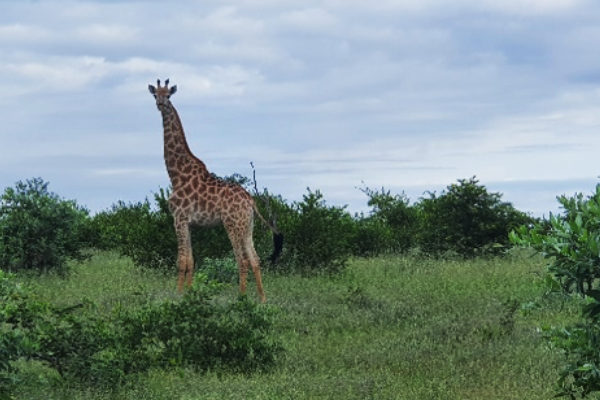 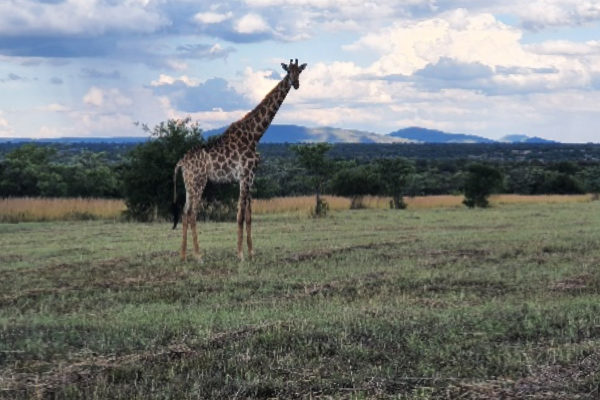 Giraffes quite clearly have a heavy neck. You would think that it would be so cumbersome to keep its head and neck held up but the large muscular band in the neck holds up that huge combination of bone, muscle, tendon and blood without difficulty. In fact, the giraffe has more difficulty in bending its head down to the ground! The only time a giraffe will bend its head down is to drink and to pick up bones to chew in order to increase certain minerals in its body like phosphorous. Despite all the Wow! facts about giraffes, it only takes looking at their beautiful patterns. I feel privileged to see them each time. 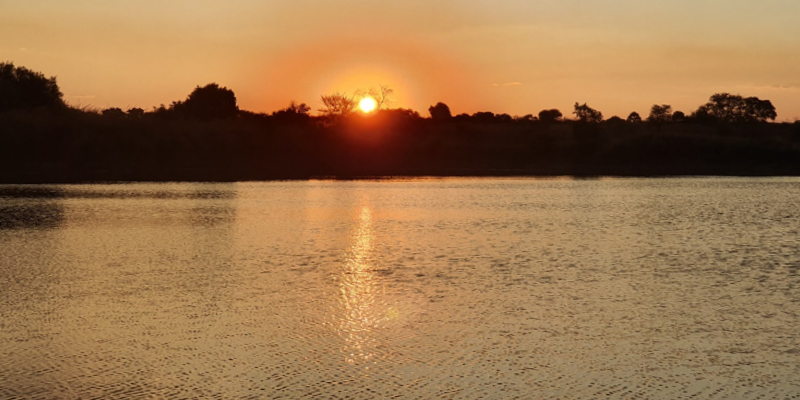