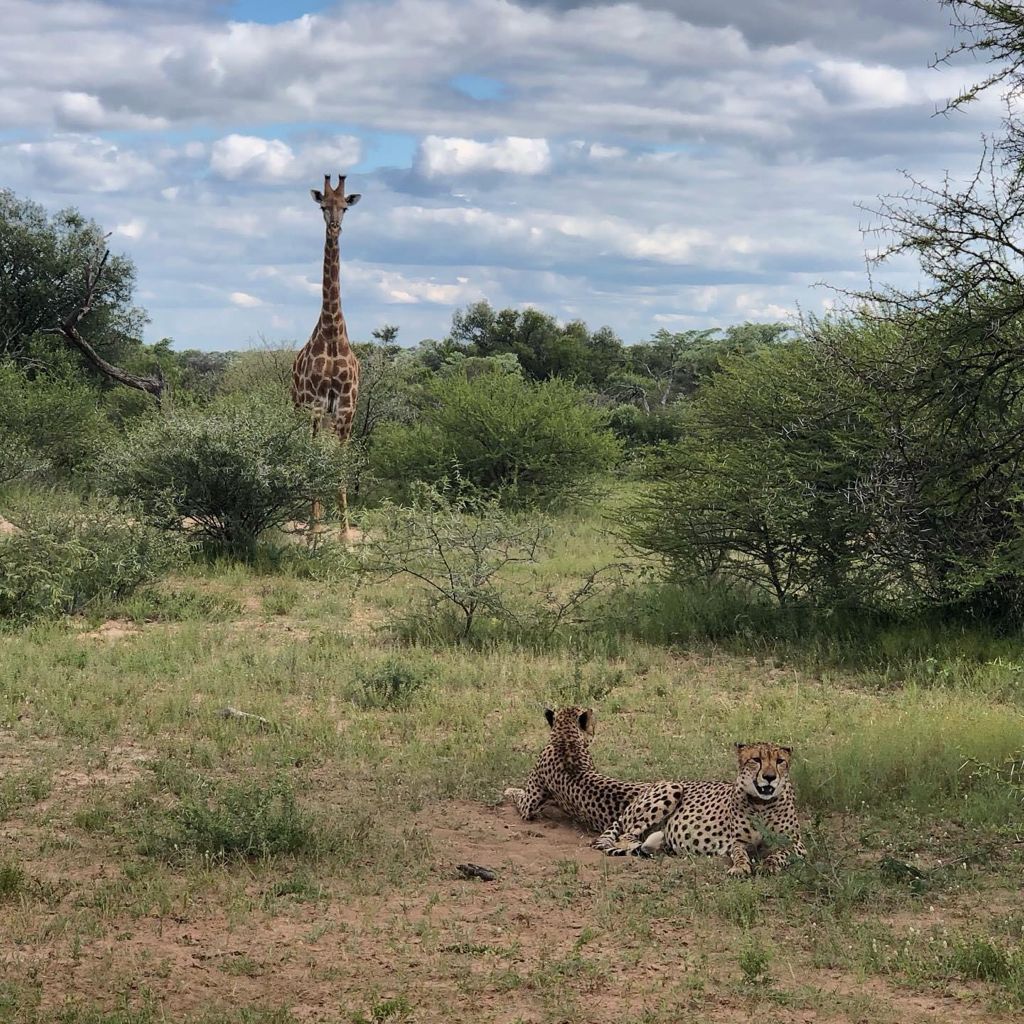 Winter here in Mabula is in full swing and it is incredible to witness the ever-changing landscape of the Mabula bush. When I see the change in scenery, it does not only mean a change of seasons for me, it is also a way to show me that time does not stand still, not for anyone or any moment.

Who would have thought that the year 2021 would fly by as quickly as it has? The southern hemisphere’s winter solstice is the shortest day in the year and falls over the 21st of June, temperatures are definitely reflecting it as we have had our seasons lowest of -1 degrees Celsius.

This was recorded in the lodge and we know very well that there are some spots on the reserve that are significantly colder than around the lodge area. However, with the cold mornings come amazing morning safari drives, with the golden hours being dragged out a while longer. Most predators are still active and moving around well after the sun has warmed everything up.

Generally, leopards are very shy animals on the reserve and when we normally see them it is just for few seconds. However, of late, they seem to be very relaxed and becoming more relaxed with vehicles close to them. Most of the time they feed on the ground, with a high population of brown hyenas on the reserve, I think it is the reason why we see them now hoisting their kill up in the trees. And the Marula is currently their favourite type of tree to use on the reserve. 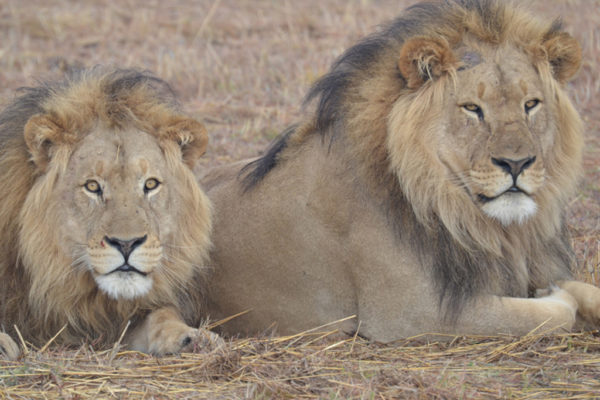 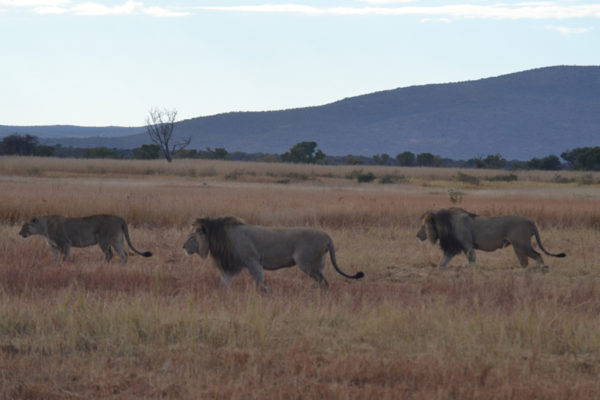 Now let’s get to know leopards a little. Leopards are fast felines and can run at up to 80km/h! They are super springy, too, and can leap 6m forward through the air – that’s the length of three adults lying head to toe. Very solitary animals preferring to spend most of their time alone. Each has their own territory and leave scratches on trees, urine scent marks and droppings to warn other leopards to stay away! Males and females will cross territories, but only to mate.

Leopards are skilled climbers and like to rest in the branches of trees during the day. They are strong animals too and can carry their heavy kill up into the trees so that pesky scavengers, such as hyenas, don’t steal their meal. When it comes to hunting for food, these big cats are really skilful and know how to do it! When a leopard spots a potential meal, it approaches with legs bent and heads low, so as not to be seen. It then stalks its prey carefully and quietly, until it is five to ten metres within range.

Then…. pounce! The leopard dashes forward and takes down its victim with a bite to the throat or neck. Small prey, such as small birds or mice, will receive a fatal blow from the feline’s paw. Ouch! Female leopards give birth any time of the year – when they do, they usually give birth to two or three cubs. Mothers stay with their cubs until they are about two years old when they are old enough to hunt and take care of themselves. Leopards communicate with each other through distinctive calls. For instance, when a male wants to make another leopard aware of his presence, he’ll make a hoarse, raspy cough. They also growl when angry and, like domestic cats, purr when happy and relaxed. Cute, eh? 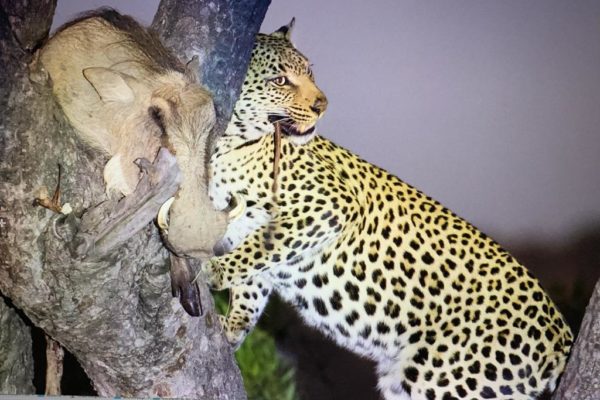 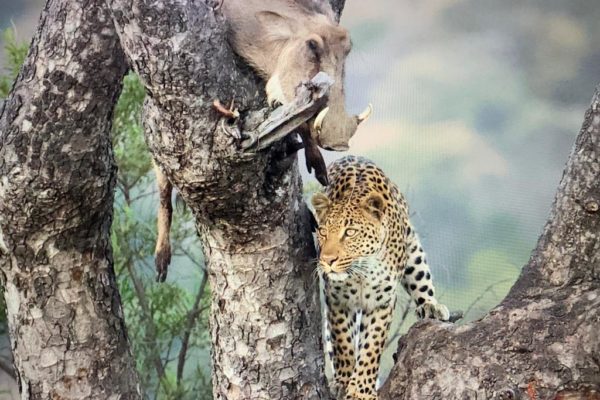 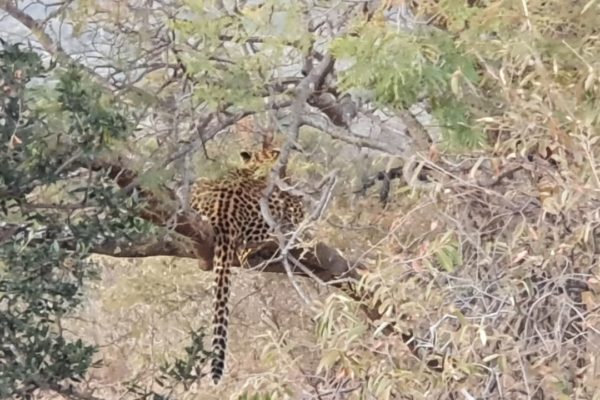 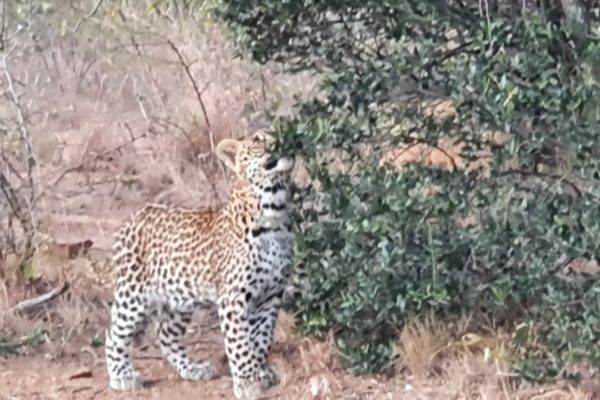 Sad news and good news are we had to say goodbye to our cheetah cubs this month, however the good news is that Mabula is contributing towards populations of cheetahs not only in South Africa but in some parts of Africa. We are part of cheetah metapopulation which is managed by EWT (Endangered Wildlife Trust). And they are doing a great job indeed in making sure that these cheetahs are distributed among game reserves that need them and making sure there is no inbreeding. They keep a record of where they go and survive. 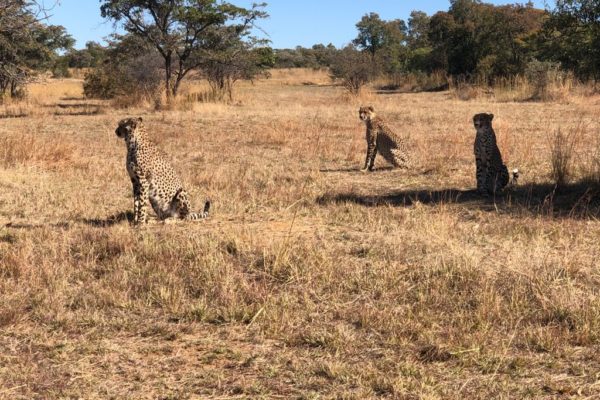 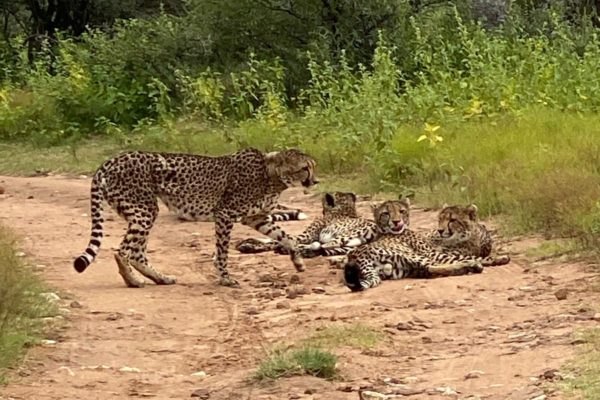 Why do zebra have stripes?

Zebras are grazers, meaning they feed on grass, and therefore they favour open savannah as opposed to thicker woodier areas. Open savannah go hand-in-hand with less shade and more exposure to the blistering heat especially in the summer months 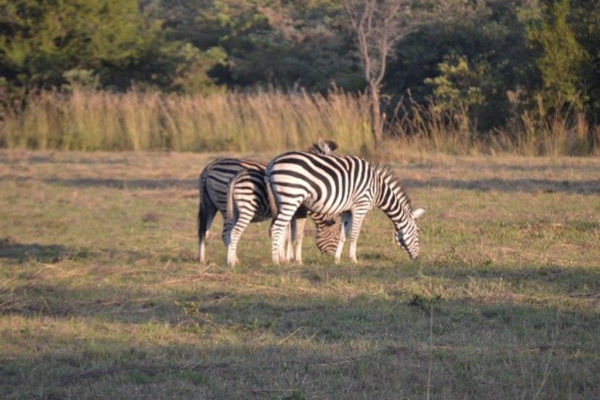 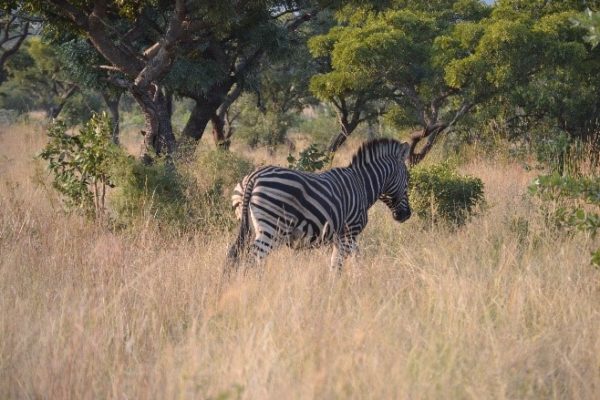 Zebra are part of the Equidae family of which a characteristic is the ability to sweat. Think of a racehorse galloping down the home stretch covered in sweat. The sweat, however, is different from humans’ sweat; it’s frothy. Equines produce a protein called latherin enabling the production of this frothy sweat.

The raised black hair allows this sweat to be spread all the way to the tips of the hair. 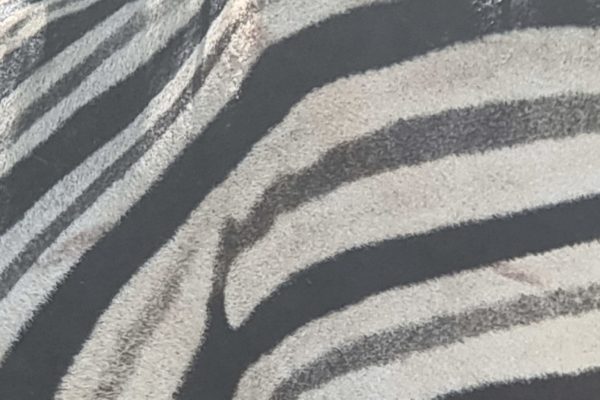 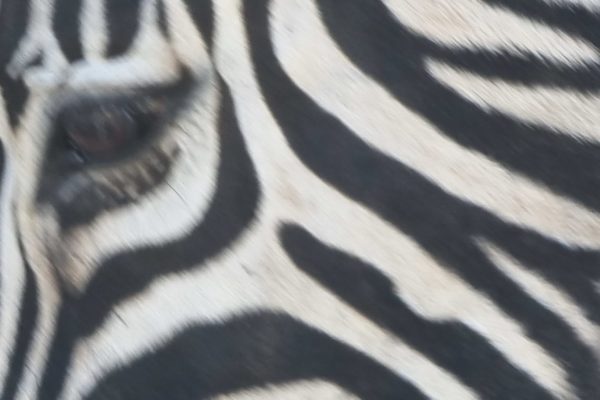 Flies find it more difficult to land on an animal with stripes but not due to their inability to spot a landing on a striped surface but rather due to the mildly turbulent air just above the skin of the zebra. June is a month where we experience a shortest day which is on the 21st. it is also a weekend that Father’s Day is celebrated all over the country and here at Mabula too.

Zebra herds or dazzles as they are better known, are congregating in the masses as food resources are becoming scarcer with the annual winter desiccation. The dry grass requires the zebra to drink twice daily in order to aid digestion. 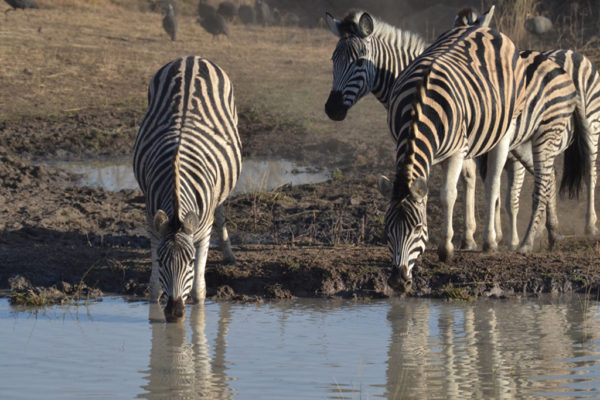 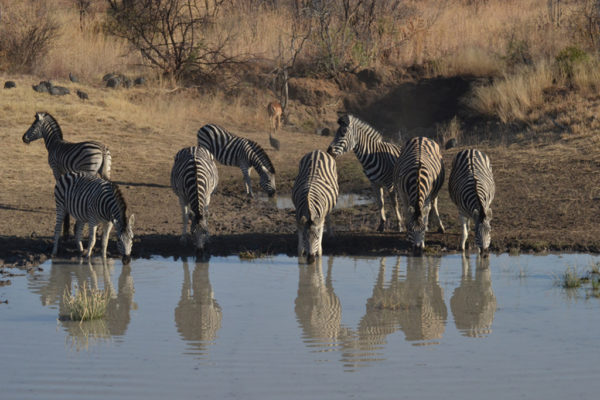 I specifically choose male lions that we have to look at it, as there is a misconception that they don’t take part in a fatherly role. Male lions may not seem to play a fatherly role at first. When you look a bit deeper though, these majestic animals do in fact play an important role as fathers in a lion pride.

Although lionesses are responsible for the majority of the parental care of young cubs, male lions have an equally important role – safety. They spend a large portion of their time patrolling the territory, scent marking and roaring, ensuring no other males enter the area. In doing so, the cubs are kept safe from intruders. The securing of the territory is not a part time job. In fact, the protective role of these males is essential right up until the cubs reach sub-adult age and are large enough to protect themselves.

Male lions from another pride or coalition will try to kill any offspring they might encounter that aren’t theirs. The presence of a male lion at a kill also deters hyena and other scavengers, ensuring that the cubs and the rest of the pride have an opportunity to eat relatively undisturbed (if you’ve ever seen lions feeding you will know that it is not a peaceful process, regardless of whether there are scavenges around or not). 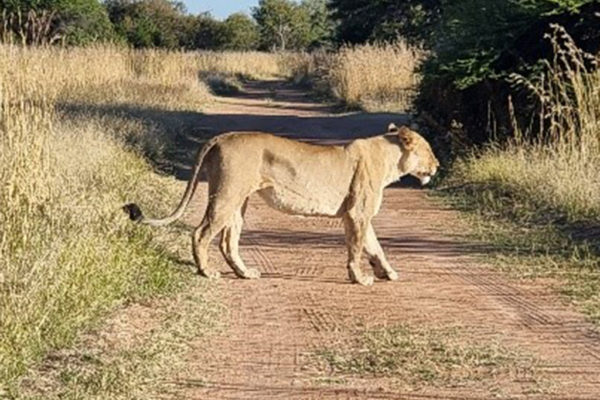 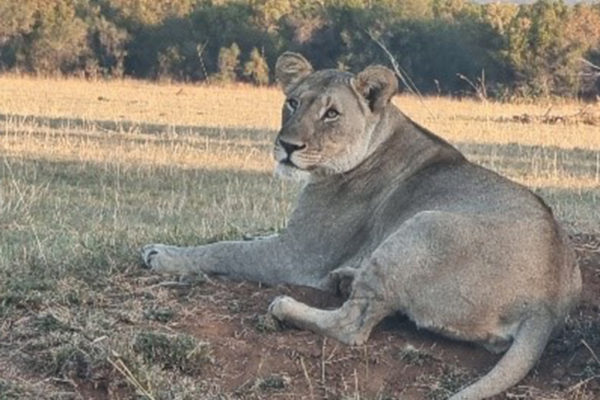 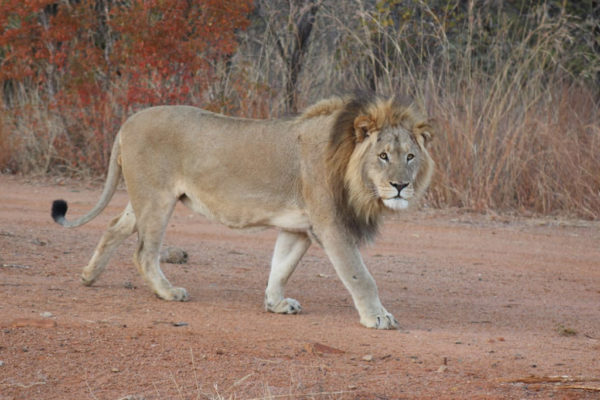 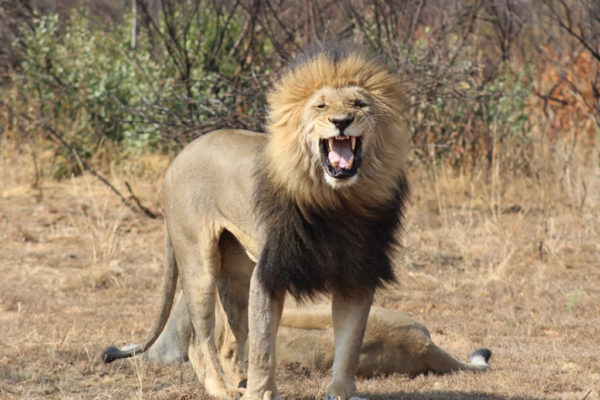 One of the greatest things about our jobs is that we don’t go to work. Well not exactly. Our lives are not separate from our work and we live, play and learn in the wilderness that draws us all here. This means we live not detached from the animals but immersed amongst them. And for me, being a part of this broader definition of community is what makes me happy. 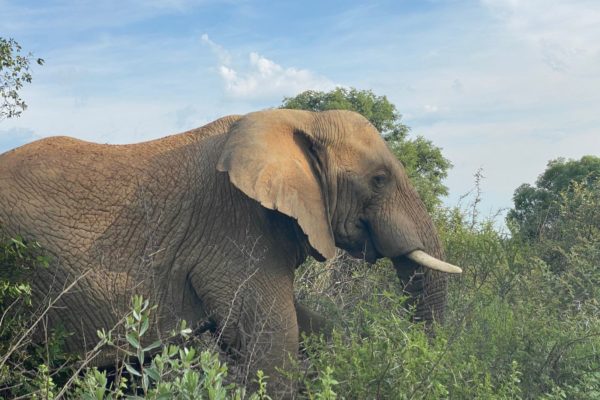 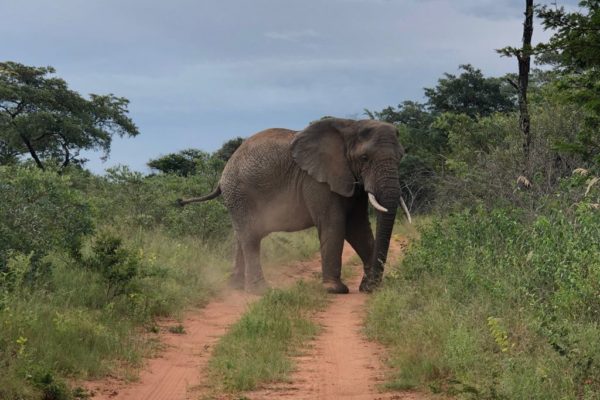 Elephants are some of the most intelligent animals on Earth. Their brains weigh 5kg, much more than the brain of any other land animal. Their brains have more complex folds than all animals except whales, which is thought to be a major factor in their intellect. Elephants have a more developed hippocampus, a brain region responsible for emotion and spatial awareness, than any other animal.

During the dry season, they use their tusks to dig up dry riverbeds and create watering holes many animals can drink from. Their dung is full of seeds, helping plants spread across the landscape—and it makes a pretty good habitat for dung beetles too. In the forest, their feasting on trees and shrubs creates pathways for smaller animals to move through, and in the savannah, they uproot trees and eat saplings, which helps keep the landscape open for zebras and other plains animals to thrive. 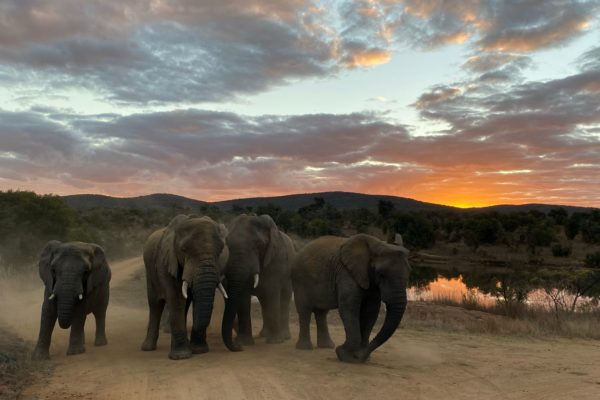 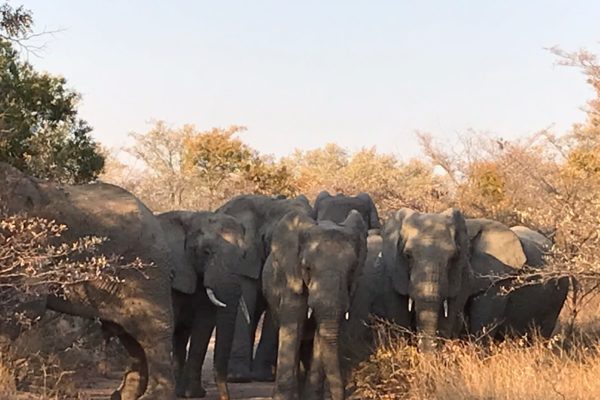 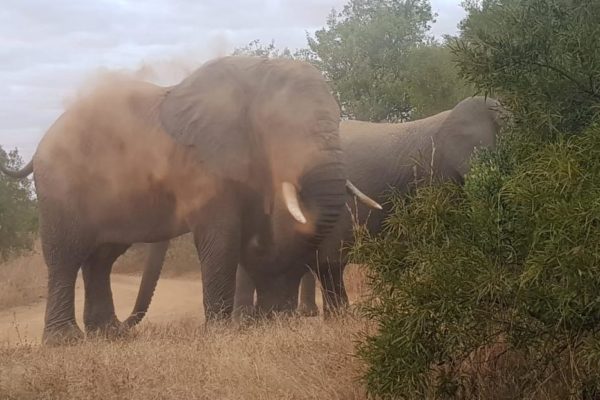 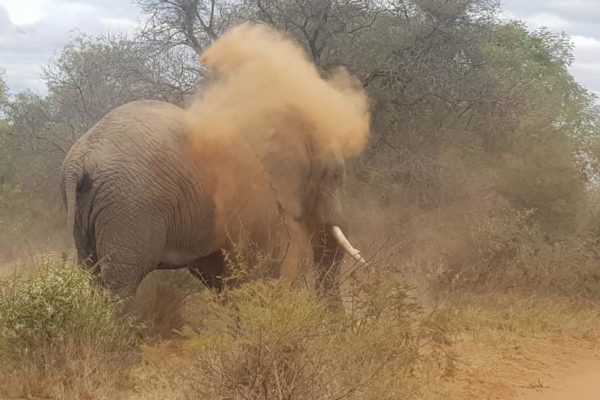 Old Lioness has succumbed to her old age.

When I saw that she was at Kopie thicket and did not come out in that area for three days I thought well she is enjoying her meal in an area where she does not want to be bordered. However, I got worried when I realized it was now 5 days not coming out. I decided to go in that block to find out what is happening.

After I discovered her body. I didn’t really know how to feel. I always knew this was likely to happen this year due to her being so old, yet being confronted by the reality left me with a kind of numbness. It wasn’t so much a sense of grief, but rather incomprehension. She was one of the two lionesses who have helped shape my understanding of lions, their population dynamics and their place in an African wilderness, and especially in the context of human wildlife-viewing. I don’t want to turn this into a biology lesson, but while we may mourn the death of Magogo (as guides would usually call her), and grieve the passing of a truly iconic period in the annals of the Lions of Mabula, we can be immensely grateful to this incredible lioness and her sisters on the pride. Whilst simply doing what they as lionesses were programmed to do, they furthered their species’ interests and secured their own legacy in spectacular fashion

She has lived her life here on the reserve. She died at the age of 18 years. She chose a very dense and very thick area to die at. It is normal for lions to move into these types of areas when they know it is their time to go. Most of our guests and guides will remember her being the only lioness on the pride with mane hair like a young male. 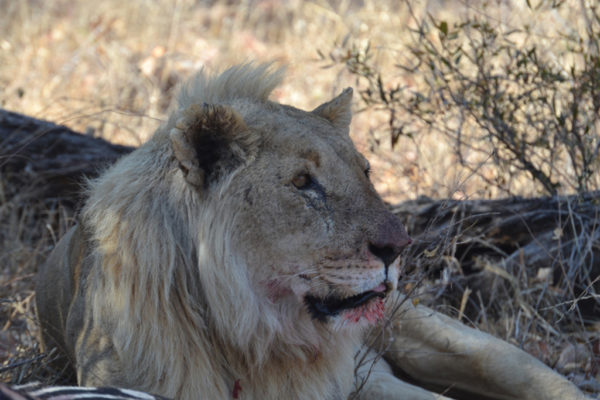 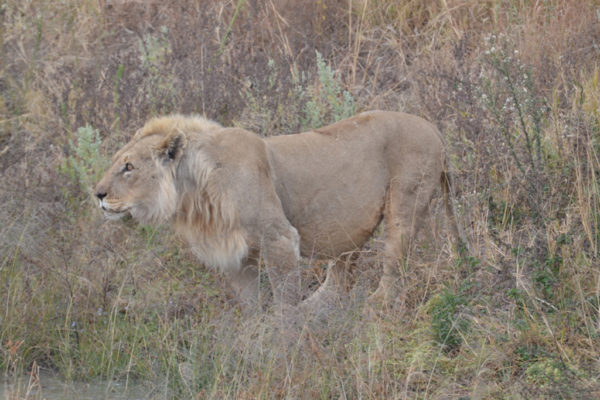 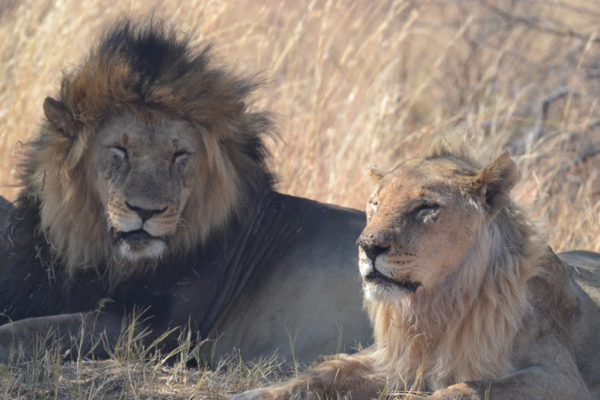 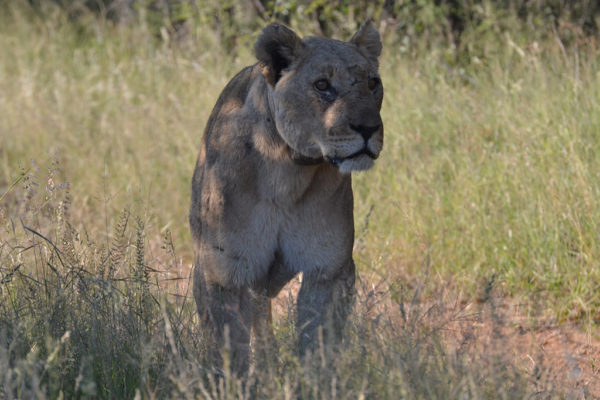 The fact that we can still go out on safari drive and sit and discuss the different reasons for animals having the adaptations they do is what keeps me, and I’m sure many of you, coming back time and time again.

Thank you to Donald, Martie Pohl, Emile, Frans, Nuria and Russel for sharing their pictures with.

That is all for this month, until next month again…. Enjoy reading. 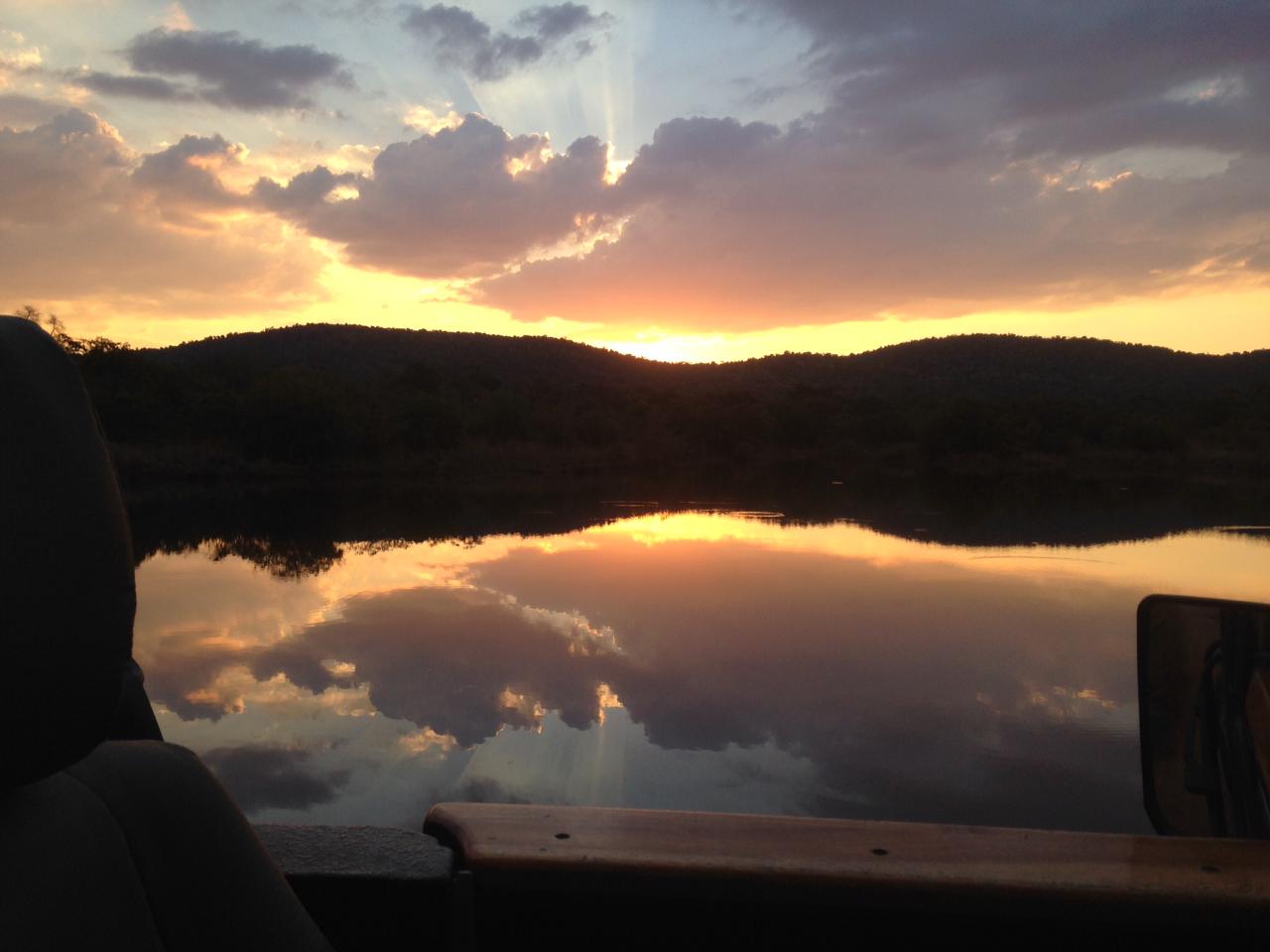