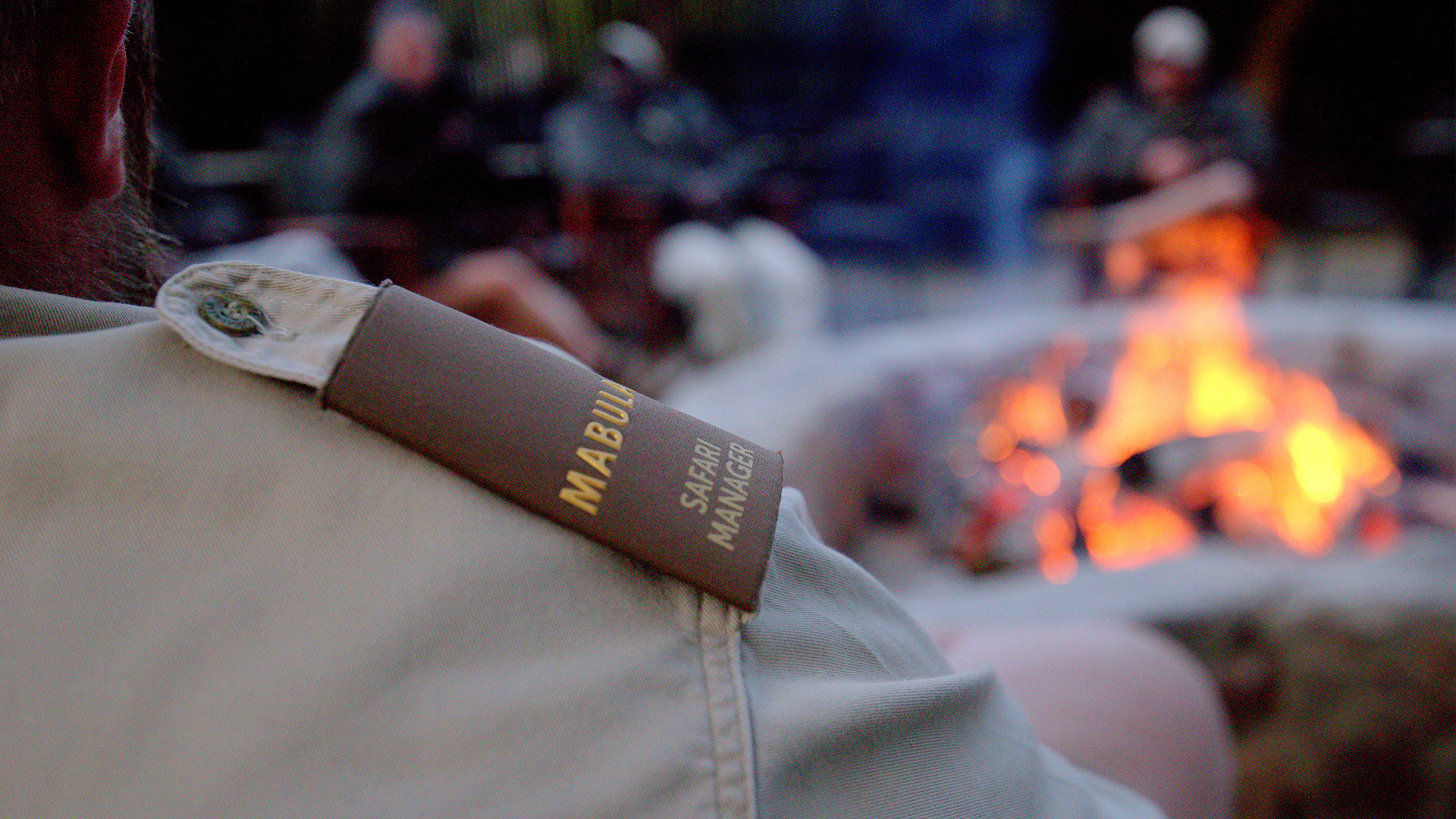 Shared myths and legends around the fire at Mabula Game Lodge.

By Mabula9th Sep 2020No Comments

September is Heritage and Cultural Month, and we at Mabula Game Lodge thought that our guides could share some African tales with our readers around a virtual fire. In these unusual times, when social distancing has become the ‘new norm’, this might be the best way to make certain that these myths and legends are safely shared with our guests.

Thanks to Elias, Isiah, and Liam took time to share stories…and in Liam’s case to demonstrate how a Gemsbok squats to poop. 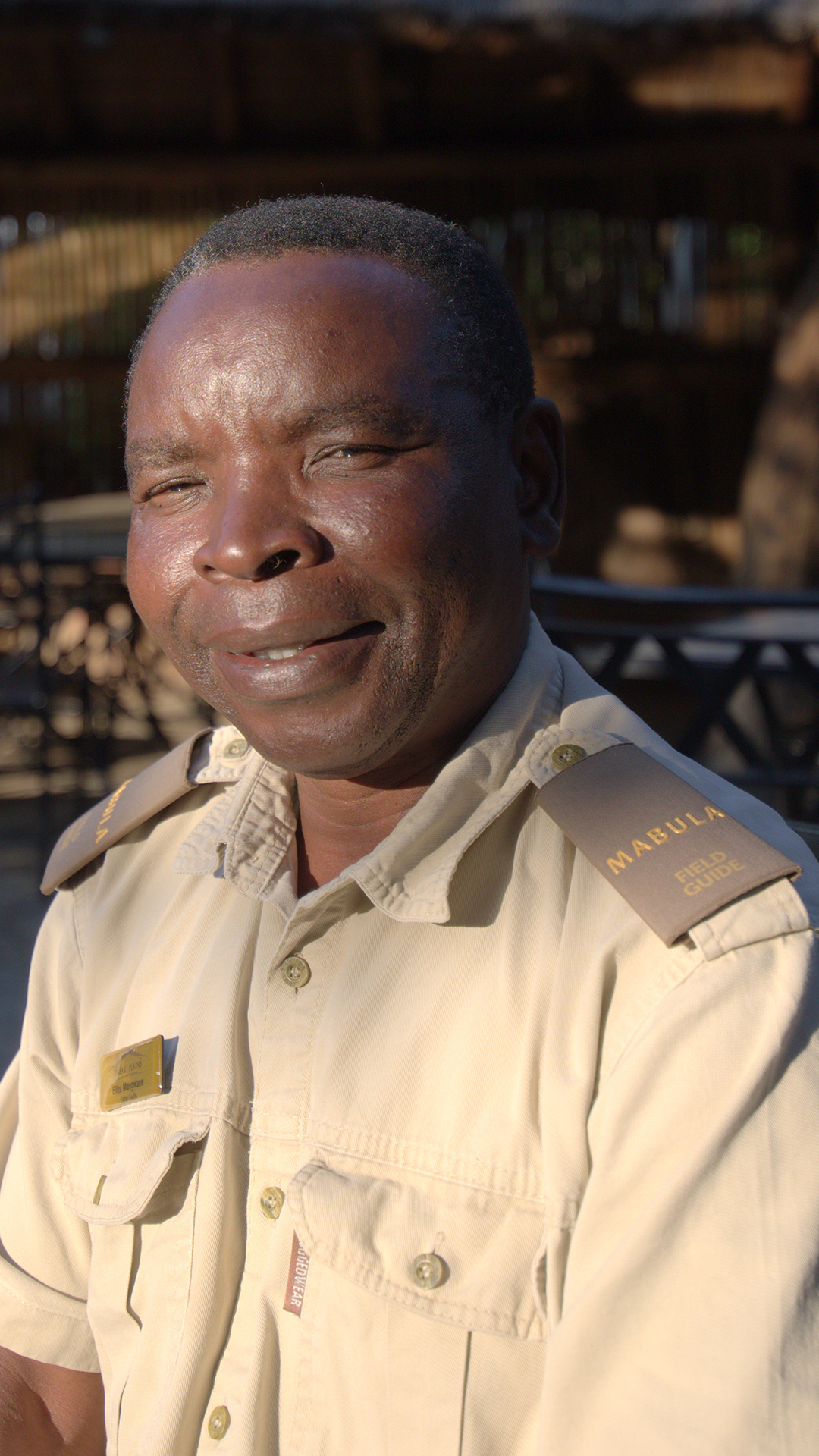 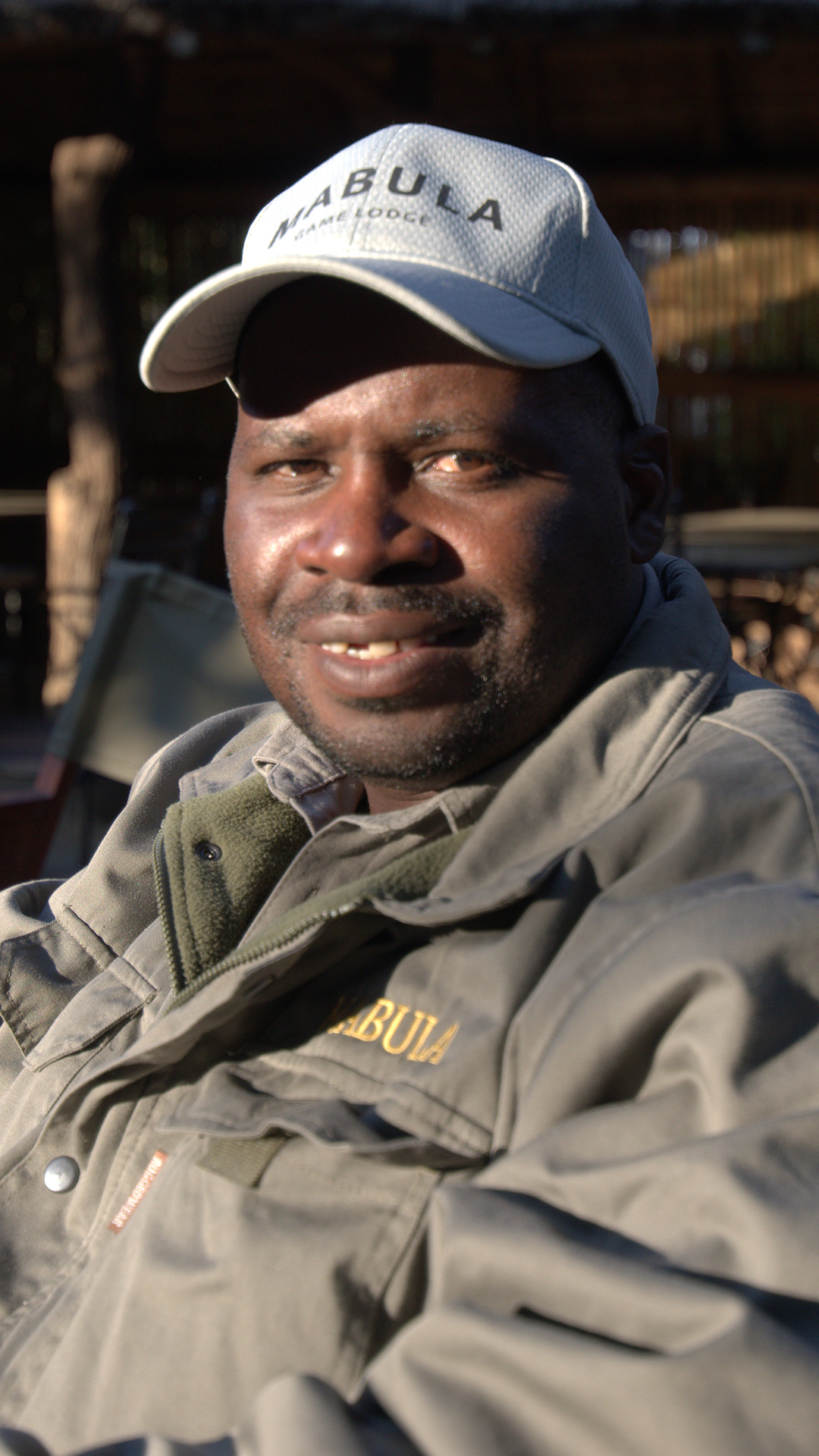 Giraffe seems to have, by default, worked themselves in the “most wanted to see” game category. If you come across giraffe while out on a bushwalk, and you remain quiet, their natural curiosity will eventually get the better of them and they will edge closer to see who you are and why you are in their environment.

“Once all the animals had been created, God spoke to each species. When he addressed Twiga, (the Shona name for a giraffe) stretched out her neck heavenwards to hear Him more clearly.  Her reward? A long, elegant neck to reach the tenderest leaves on the highest branches of the tallest trees. To this day, the generations that followed her continue to enjoy that privilege. The moral of this tale? Extra effort and attention are often rewarded”. 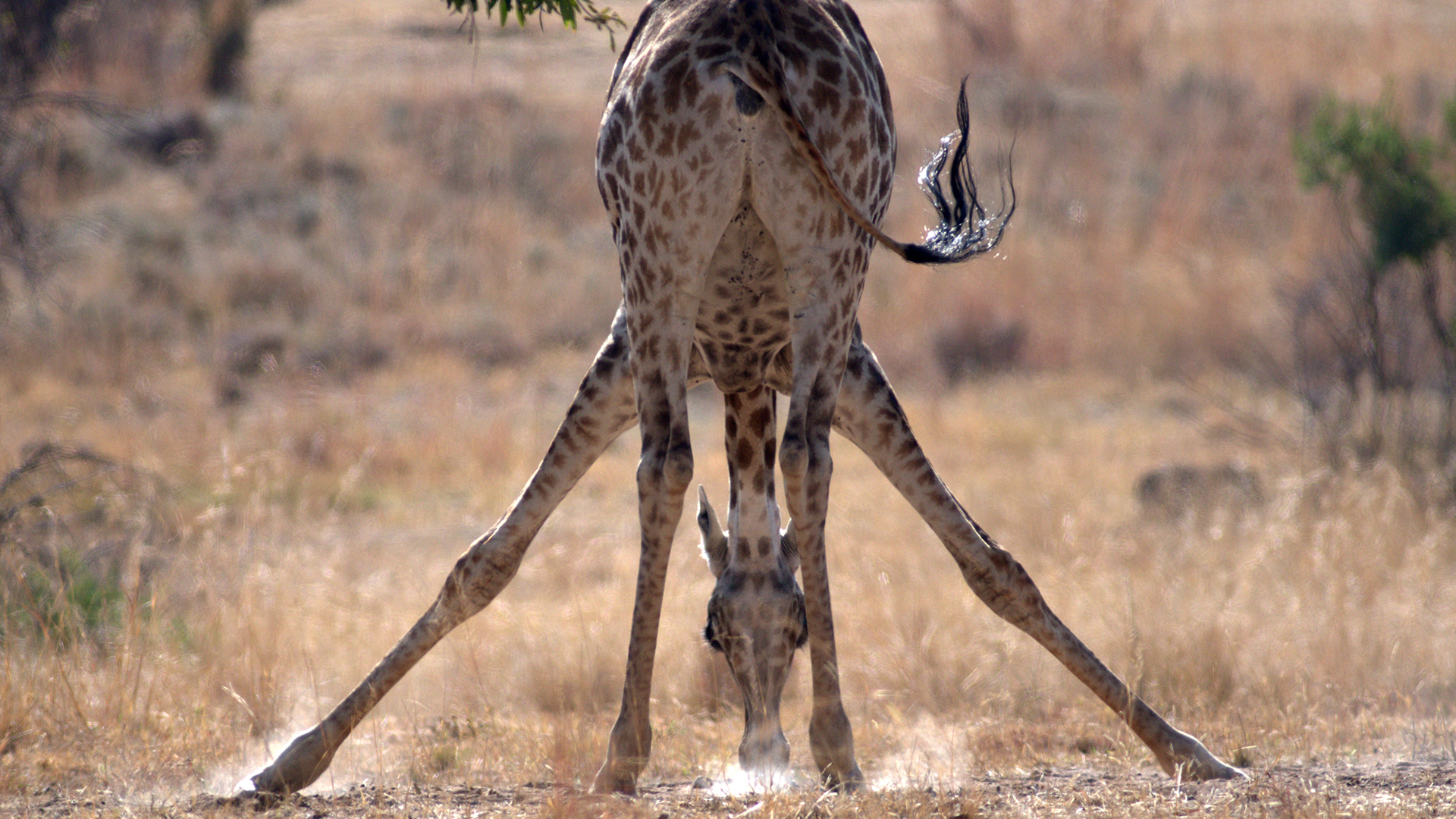 Rhino has a special place in the hearts and minds of our guests and their first encounter with this almost prehistoric animal is always memorable.

“Indigenous populations of South Africa link both the Black and White species to the possession of leadership qualities.  From a cultural perspective, the Sotho and Tswana societies use the rhino when intoning praise poems for their chiefs, while the bones and horns are utilized in rainmaking ceremonies”. 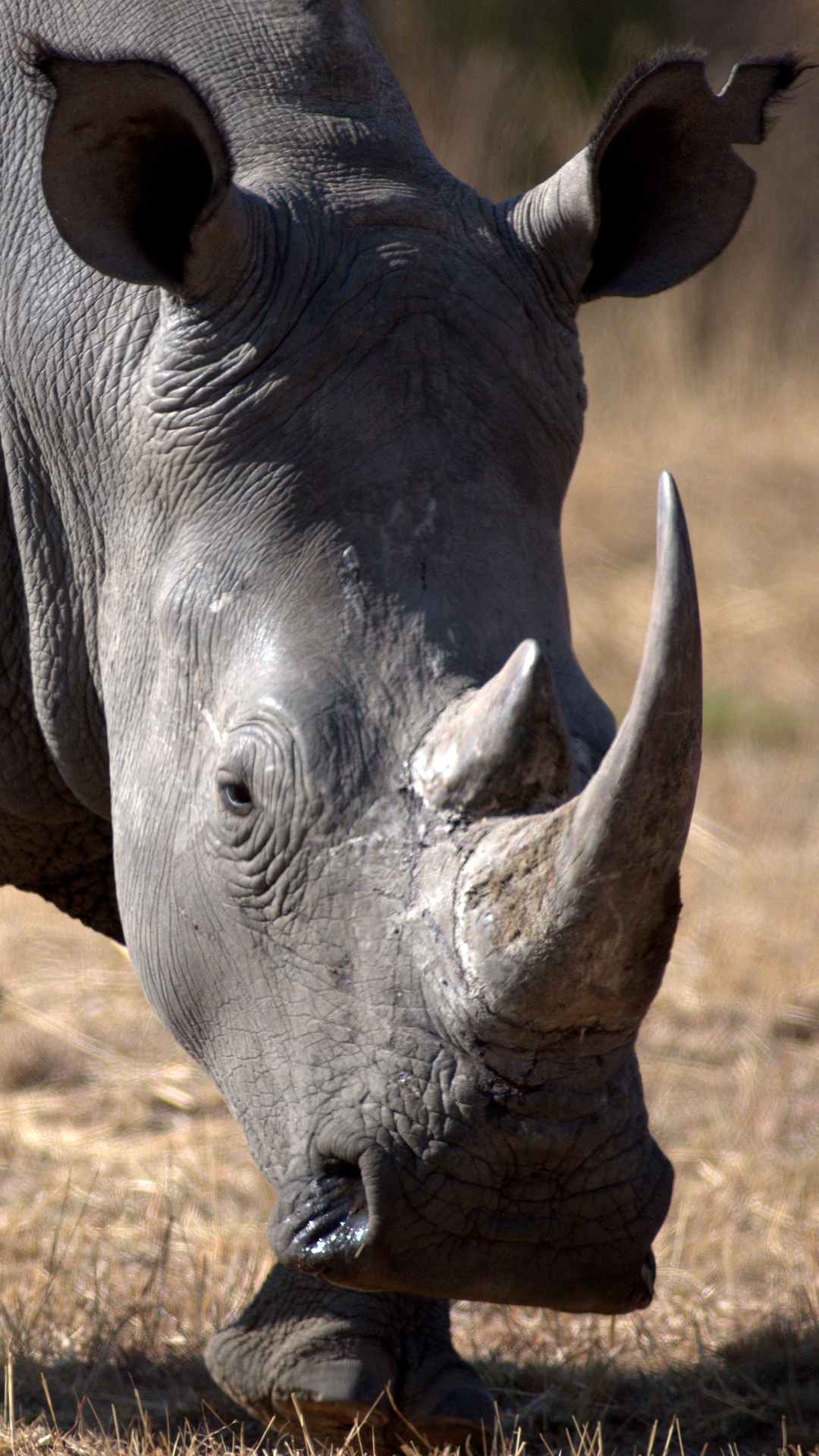 Universally Hippo is credited with more human deaths than all of the Big 5 species combined. There is evidence to suggest that some of those deaths could be attributed to the Nile Crocodile.

That said, this is a wonderful tale of how the hippo came to live in African waters…for it was not always so dear reader.

“When the Creator was assigning each species a place to live, Hippo begged to be allowed to live in the cool environment of the African waterways.

The Creator was skeptical, given their large mouths and huge appetites he was afraid that they would quickly eat up all the fish. And, as an aside, he had already given this habitat to the crocodile. So hippo was banished to the open plains where it could forage and live.

At this news, the hippo begged to be allowed to live together with the crocodile, promising that they would not prey on the fish. “If you let me live in the water, I promise that I will only eat grass and I will spread my dung for you to see that it contains no fish remnants” And to this day, hippos always scatter their dung, either in the water or on the river bank, to prove that they have not eaten and fish”. 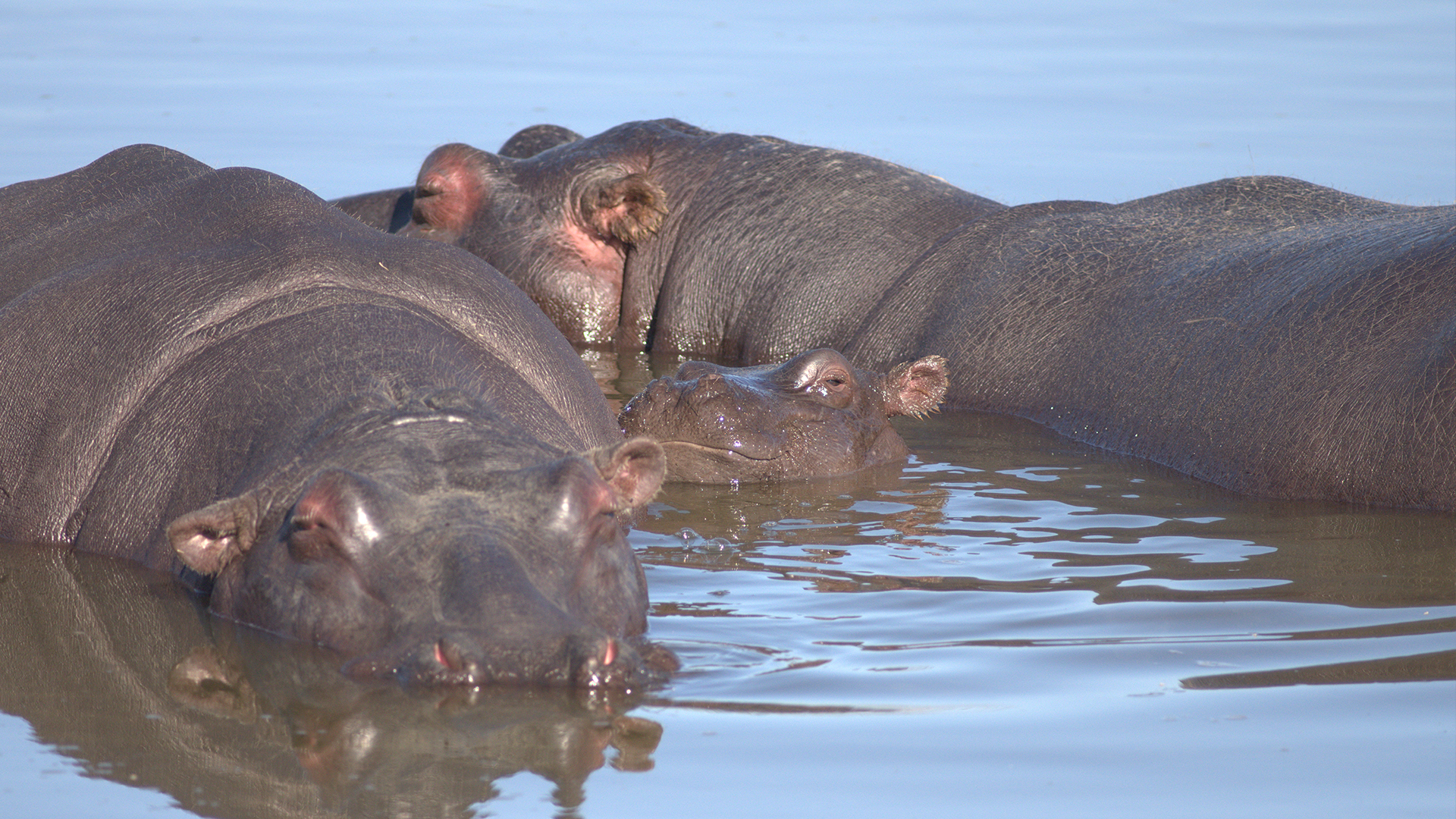 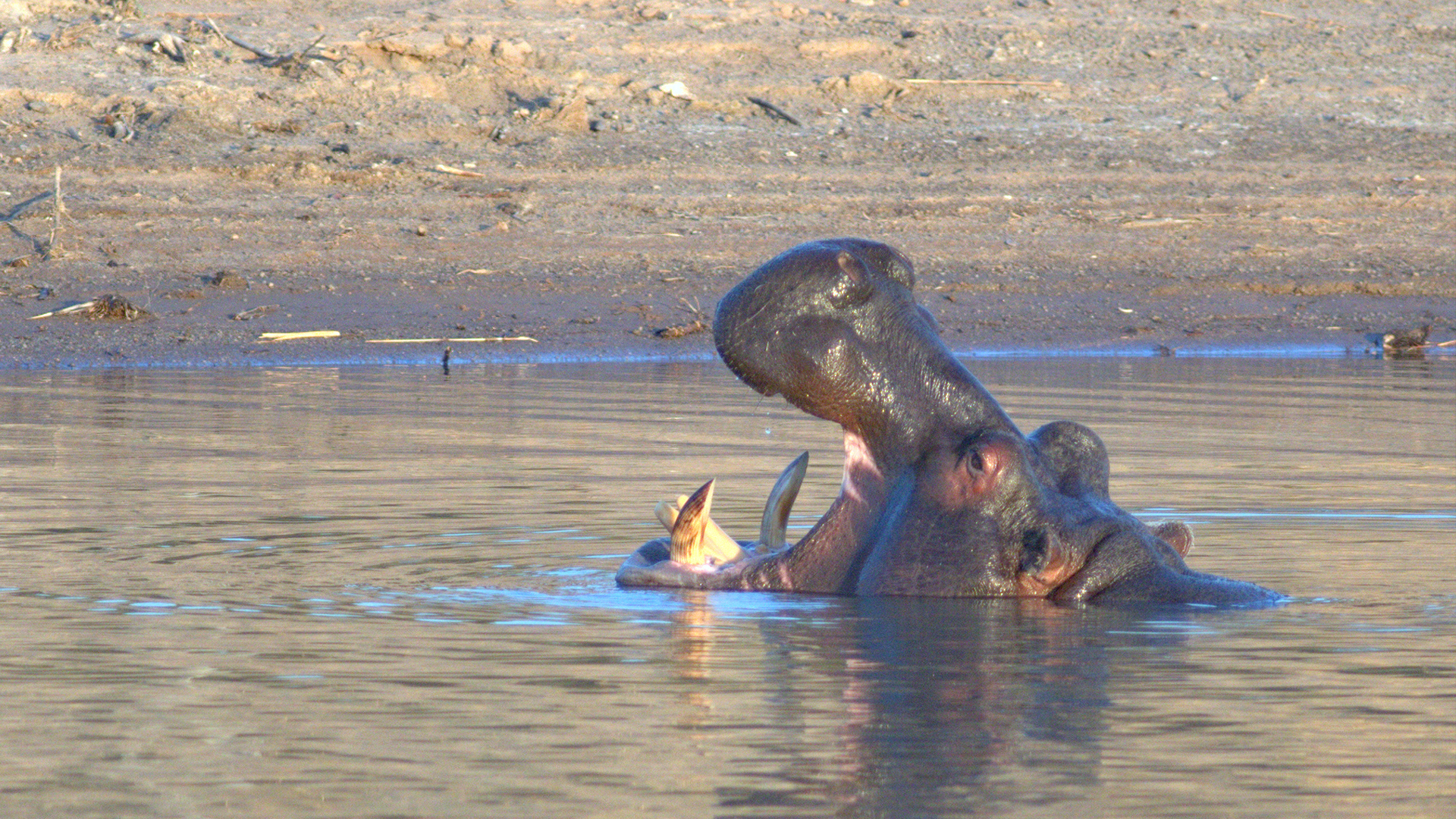 Two of the most impressive and iconic African species are the Cape Buffalo and the African Lion and it is, therefore, no coincidence that they are intertwined in this story…

Like all good stories, this starts with once upon a time.

“Buffalo used to hunt and eat meat and was it perceived as the King of the bush and even the lion was afraid of it.  Instead of killing the lion when it had the opportunity, the buffalo, who was very lazy decided to use the lion to do it’s hunting. Every day lion would have to kill an animal to satisfy the growing hunger of buffalo and this was to the detriment of its own family, which was going hungry. Lion begged to be allowed to feed his family but buffalo was not going to allow this. “I want you to go and kill and bring me one of every animal in the bush,” said the buffalo. “Fine”, said lion “I will begin with YOU.”  And the lion and his family feasted for days.

And that is why, to this day, Buffalo no longer eats meat and it lives in large herds to protect each other from hungry lions”. 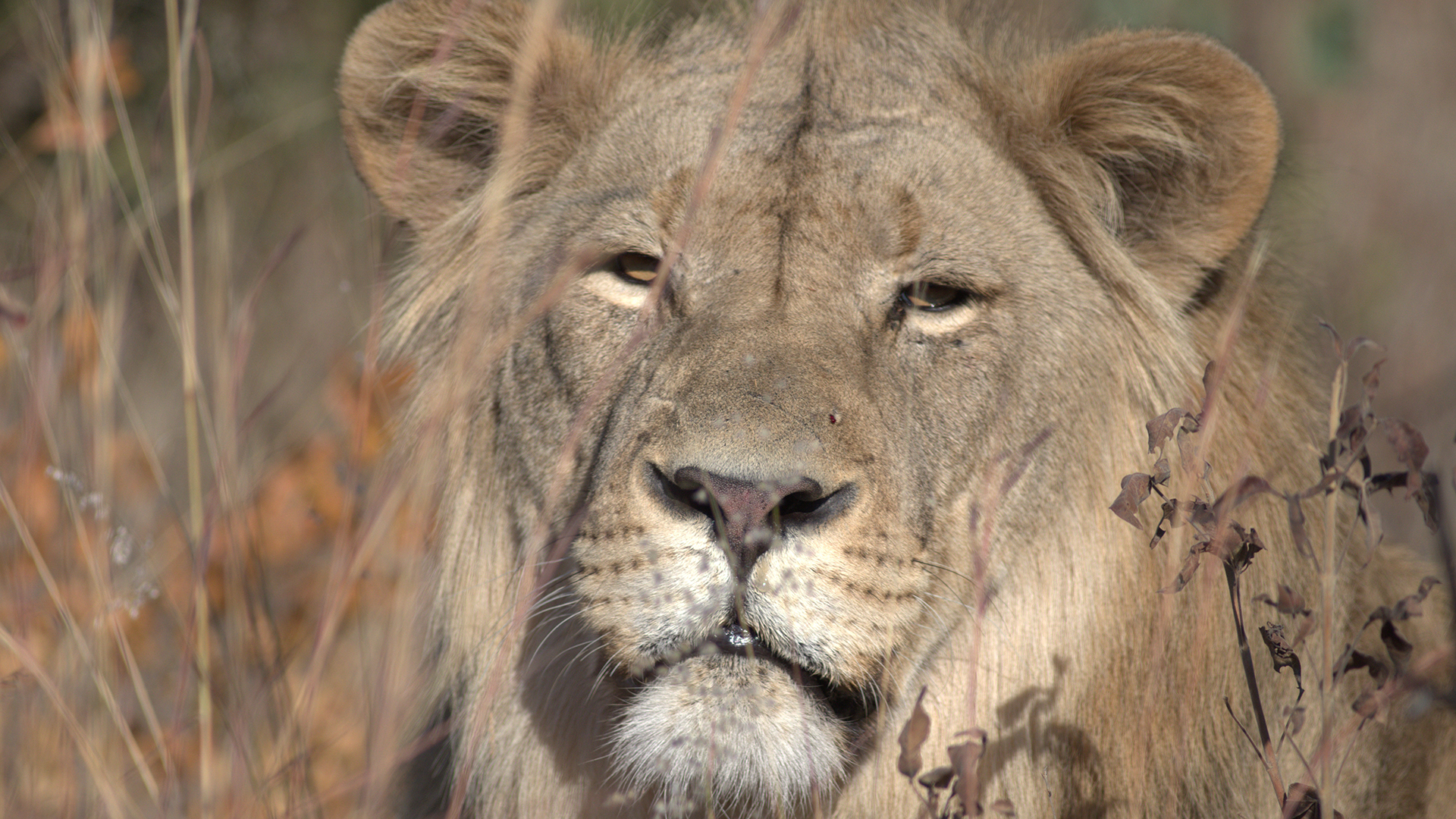 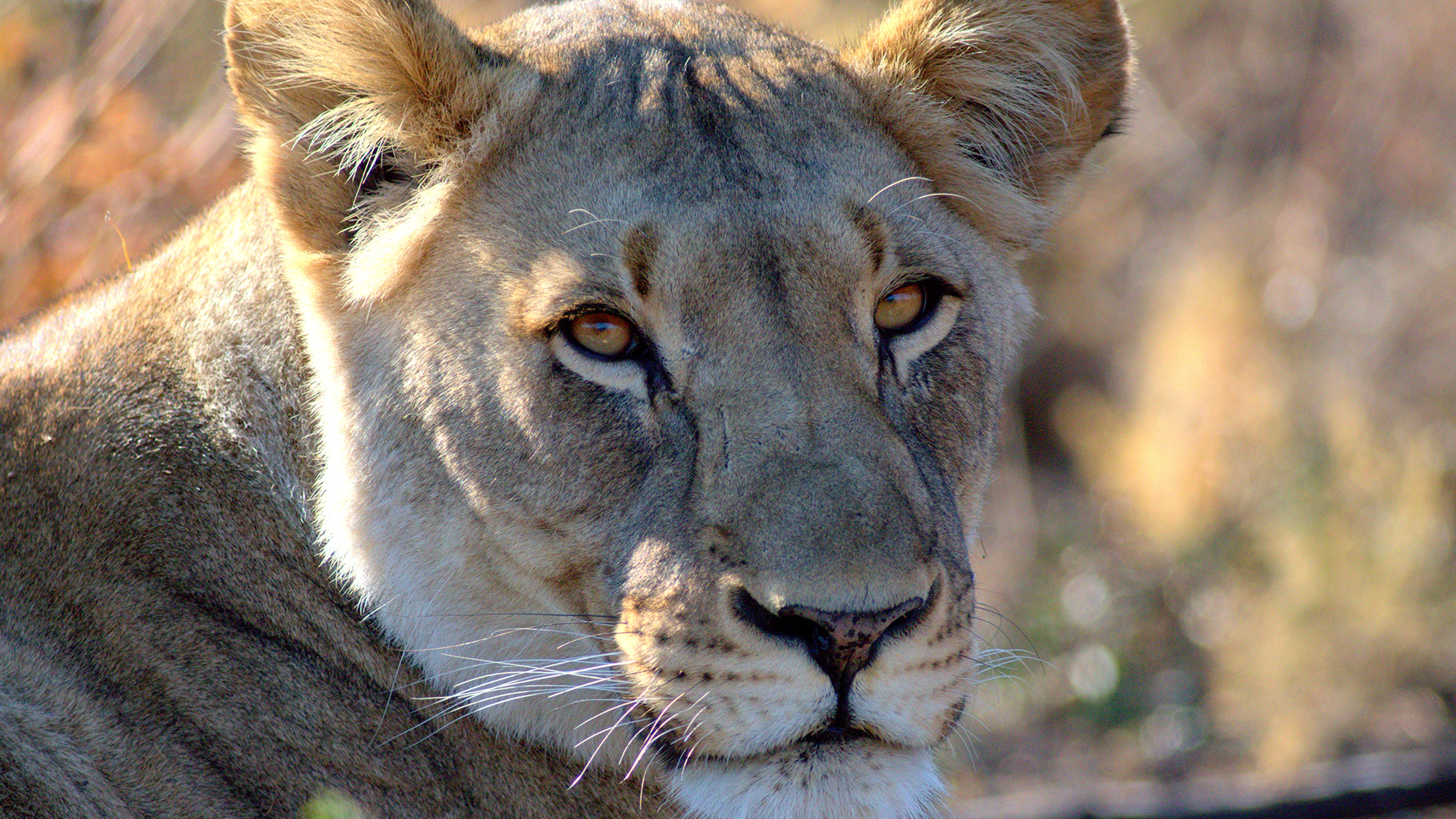 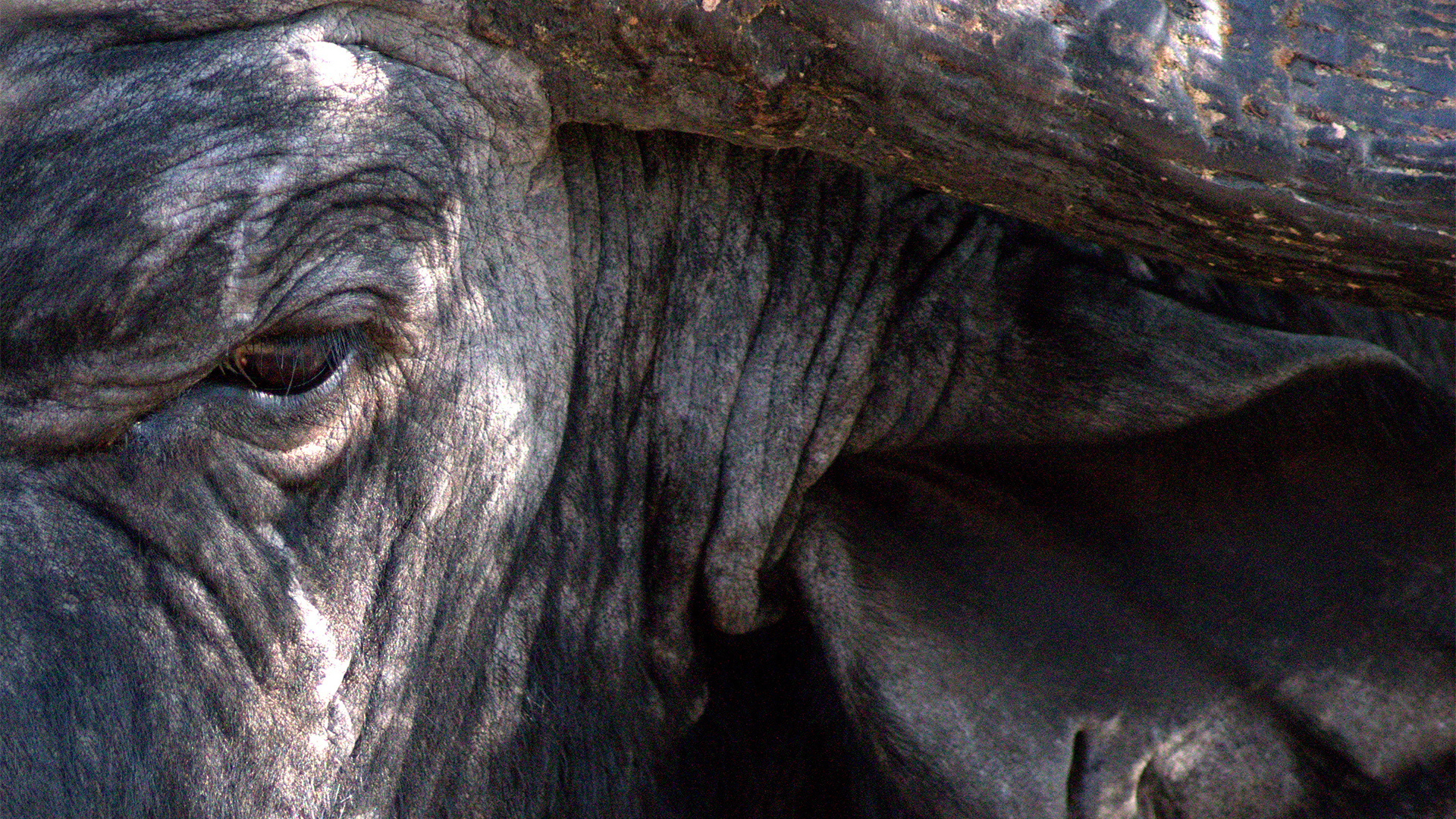 Finding an elephant while on a game drive is an experience that is never forgotten. These huge pachyderms move so silently that they can be hard to detect. And given the way that their footprints overlap, novice trackers can often be fooled about the direction in which they are moving.

“It is said that the elephant was once a woman, tricked by her husband into taking the form of an animal. A legendary tale tells of a struggle between a crocodile and an elephant that ended with the elephant having a trunk instead of a regular size nose. Most African legends portray elephants as wise, strong, and just”. 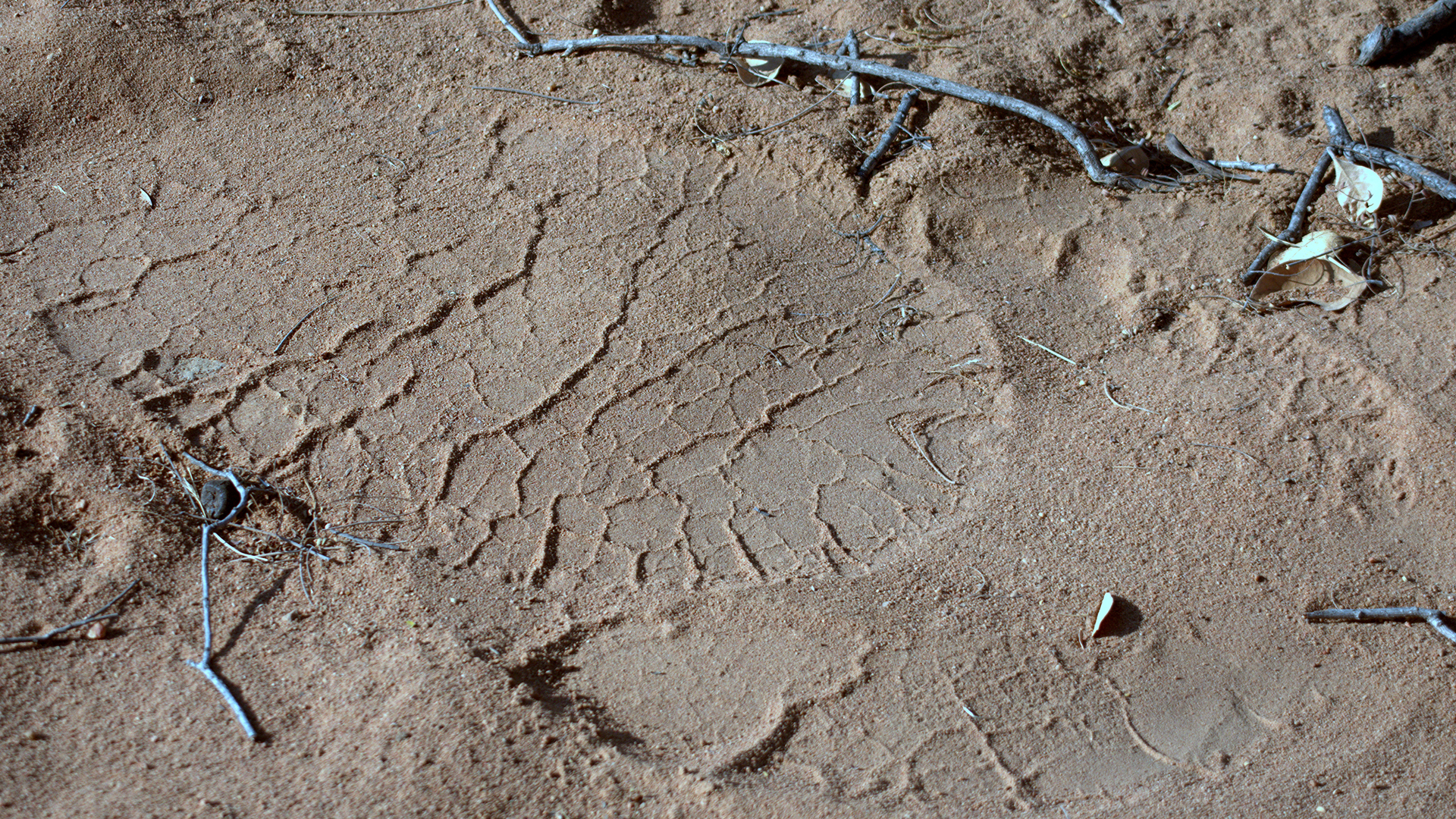 It fell to Liam to demonstrate how a Gemsbok poops. Not only is the dung in the form of a small pyramid but unlike any other antelope species, the gemsbok ‘squats’ to defecate. Strange,  but true.

Not only that, but there is an African myth that explains the relationship between the Ostrich and the Gemsbok.

“ If this tale is to be believed, then, in the beginning, the gemsbok was a drab colour and had no horns, while the ostrich had magnificent plumage and two slender horns. The Gemsbok was envious of the ostrich and challenged it to a race. “Not only will I beat you, but I will even carry your horns and your plumage as a handicap”! Being a wily antelope, it chose a path along which the ostrich could not run and thus ran away with both the plumage and the horns. At first, the ostrich was upset by the loss of the horns but eventually grew used to not having to carry them around and once its feathers grew back it was happy with the new look. For a long time, the two did not see each other, but when they once again met, both were happy with how they looked and decided to never fight again. And that is why, to this very day, the two can be found living side by side”. 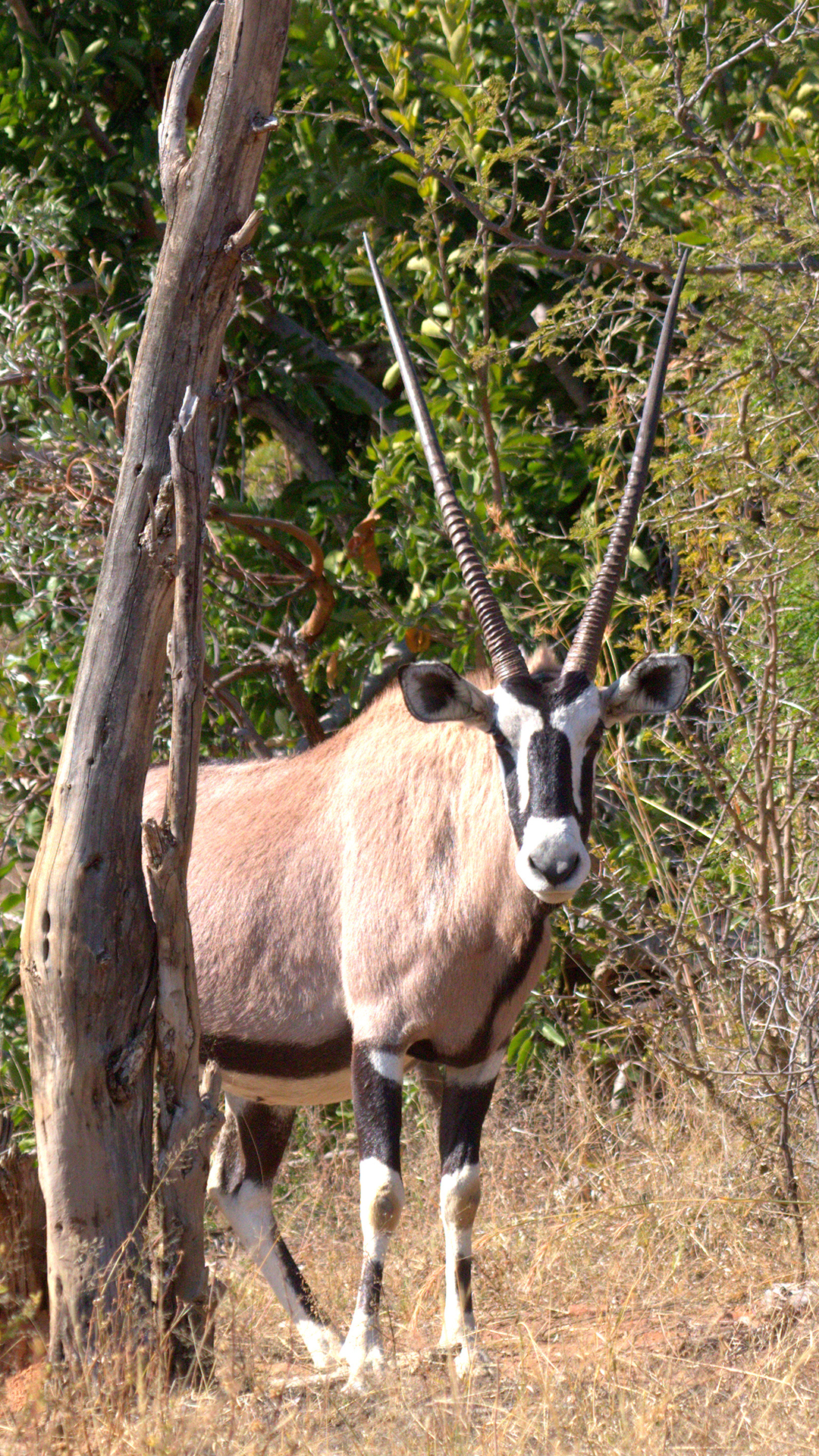 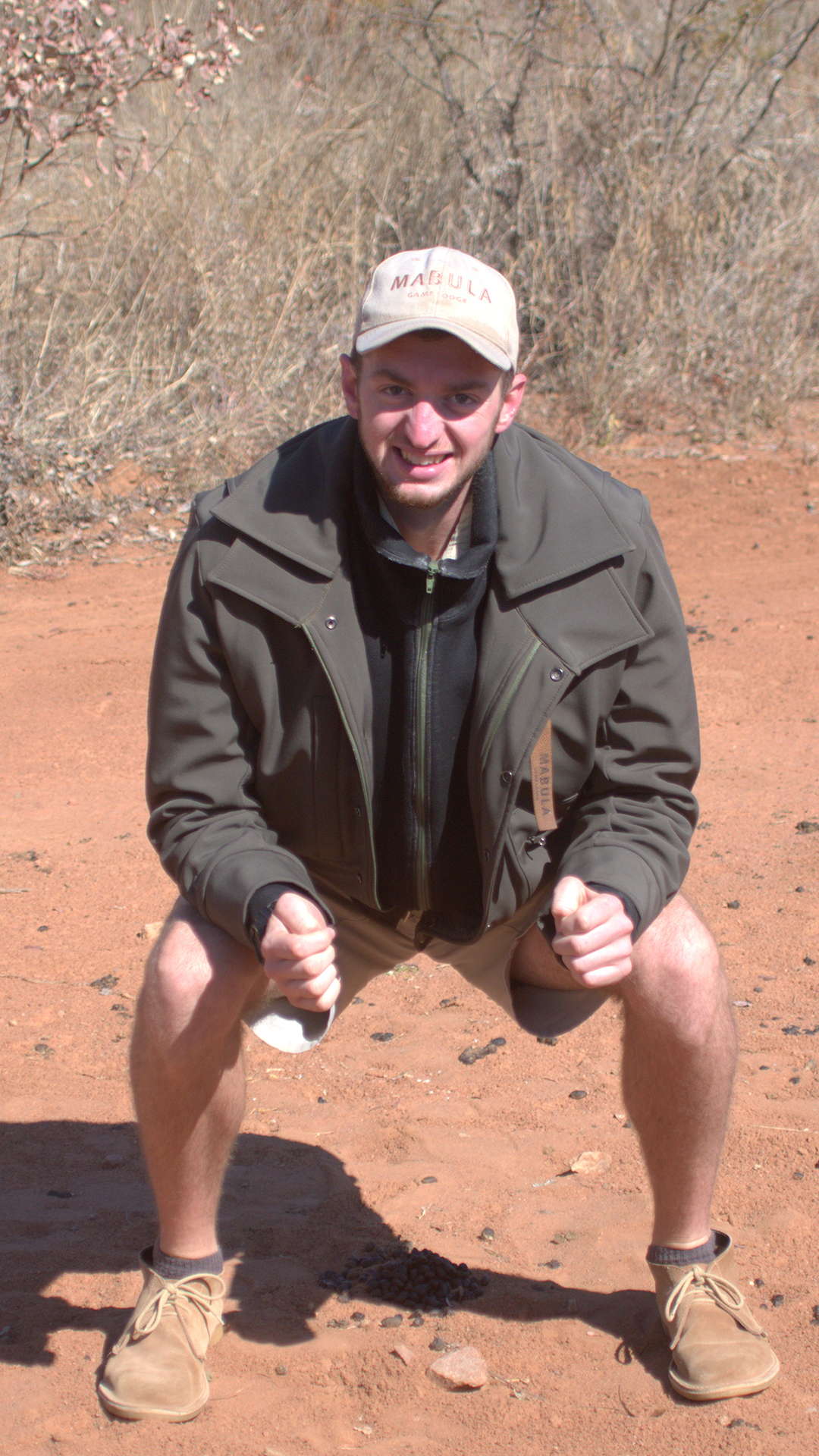 With at least two large crocodiles here at Mabula, it would be remiss not to tell the story of how the crocodile got its skin.

“Originally crocodile had a beautiful smooth golden skin,  that was admired and envied by animals from both near and far. The crocodile became very proud of its skin and started coming out of the water to bask in the other animals’ admiration. Eventually, the animals, tired of the crocodile’s superior attitude, started to stay away and no longer came to admire the shiny golden skin.

The harsh African sun soon transformed the smooth skin into what resembled a suit of armor, and as a result, the crocodile became ashamed of his new skin and chose to spend more time in the water, hiding beneath the surface when animals approached. To this day, it pays to check a body of water to see if you can spot the eyes and nostrils of a submerged croc before plunging in. 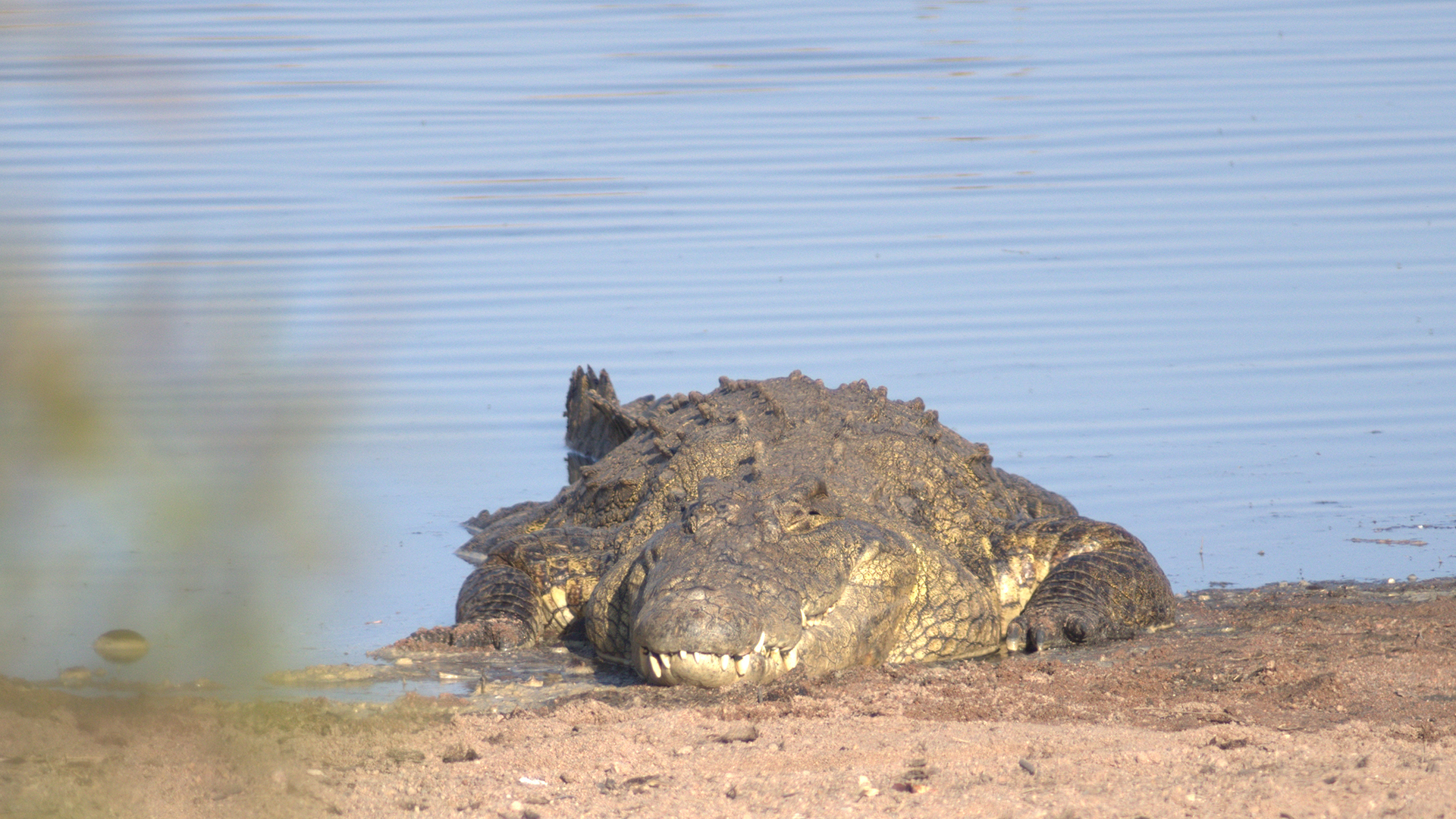 And finally, an evening drive that ended with the sighting of a Spotted Eagle Owl, which elicited this from a guide…

“In most cultures, Owls are seen as omens of bad luck, ill health, and even death. It has been claimed that if you saw an owl or heard its call, it was going to mean that death was imminent.

To this day, the Zulu still perceive an owl as the bird of witchdoctors”. 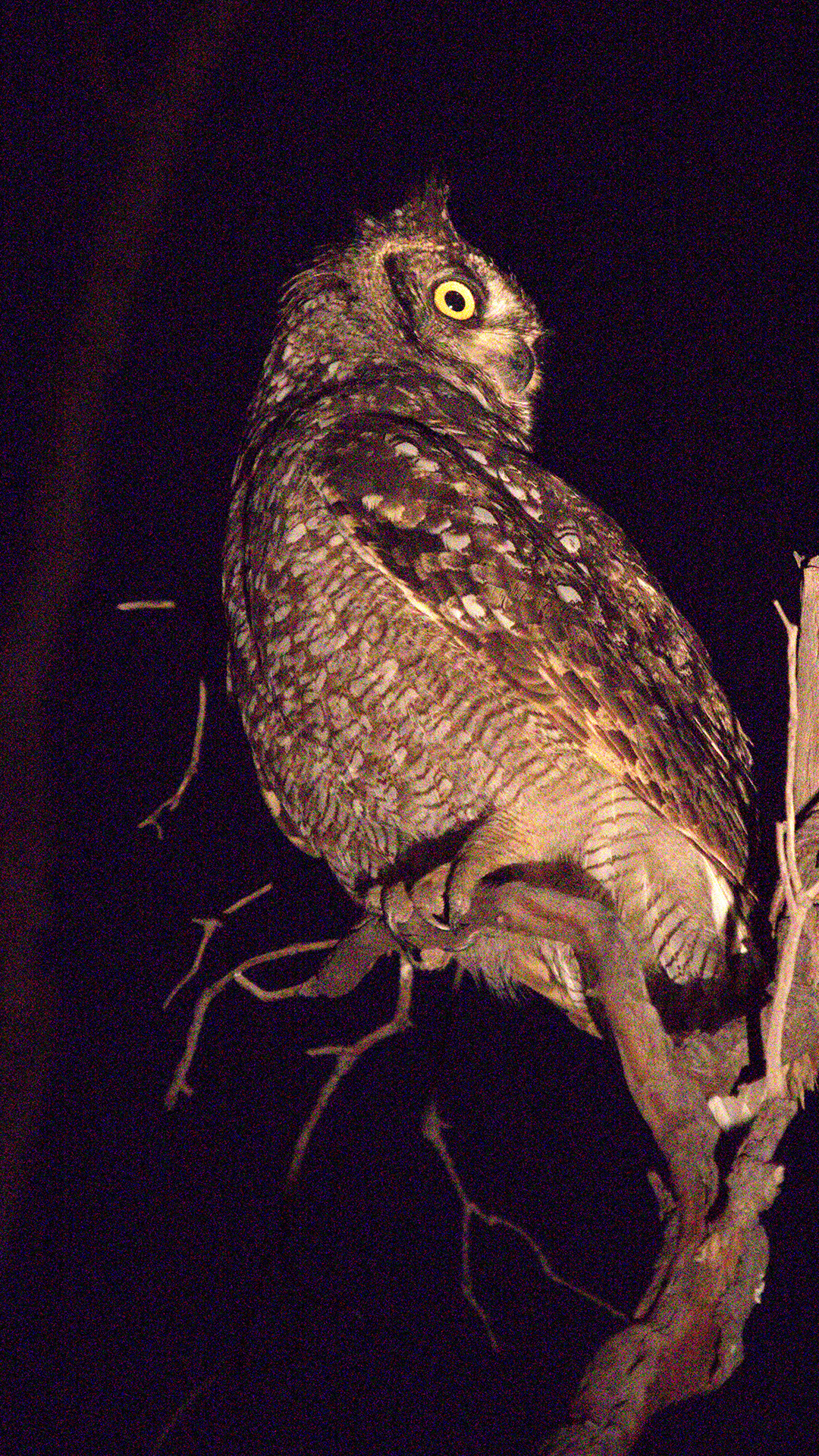